Varied Voices: The Many Ways of Being British Indian by Savita Kalhan

All my life I have been passionate about libraries and books. It's fair to say that I practically grew up in my library! How did that happen? Well, it all started when my father was given an employment voucher by the British government to come to the UK and work in the early 1960s. My parents were very strict, traditional first generation immigrants, so as kids we were not allowed to go out anywhere – apart from the library. My parents believed books and education were very important, so they took us to the library twice a week. 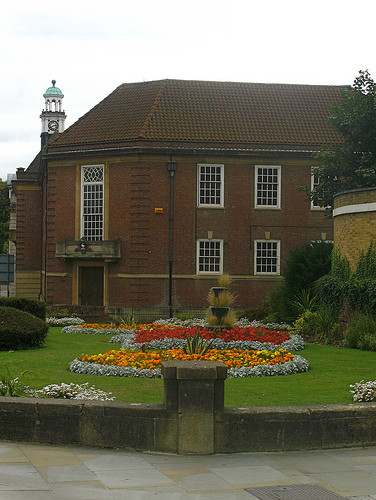 There, I met hundreds of characters and learnt about their lives, and I travelled to a thousand far-flung lands – all within the pages of books. Not once did it cross my mind that I could ever become an author. But here I am decades later, and what do I do? I write books for teenagers and young adults. Those childhood years informed my recent writing – particularly in The Girl in the Broken Mirror and That Asian Kid. The two books could not be more different, but there is a common factor that links them both, and that is that in both books the protagonists are British Asian teenagers. In The Girl in the Broken Mirror one of the themes I explore is what it is to be both British and Indian. The culture-clash  experienced by teenagers from different ethnic backgrounds is one that has not featured in many YA and teen books, yet it is something that is experienced by so many teenagers in the UK. 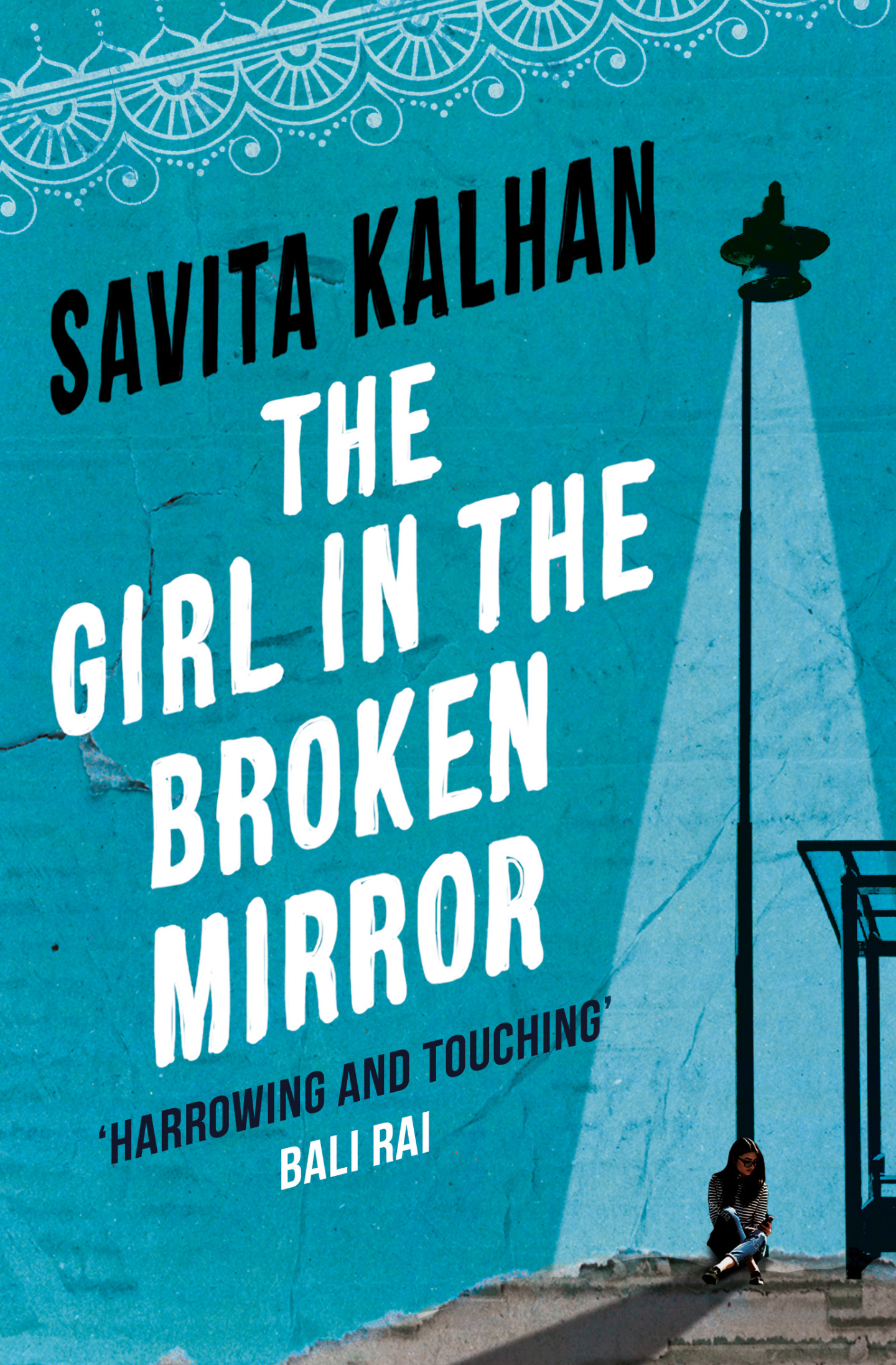 (BOOK COVER OF THE GIRL IN THE BROKEN MIRROR)

Jaylakshmi Sharma, or Jay as she likes to be called, is the main character of The Girl in the Broken Mirror. She’s British Indian, like me, but (unlike me!) until she was twelve Jay had a very liberal upbringing. Her dad was wealthy, and she went to a private girls school. She was allowed to go out with her friends, go to sleepovers, and wear what she liked. Her parents were not at all strict. In fact, her father believed that to properly assimilate in a new culture, many of the customs that he grew up with in India had to be dropped. He was also not particularly religious. For Jay’s mother many of the things that she grew up with in India remained part of her identity, but she too did not press any of these cultural restrictions on Jay. So, in many ways, Jay grew up more British than Indian. Jay’s life changed dramatically when her father died and she and her mother were thrown into poverty and were forced to move in with distant relatives – Aunty Vimala and Uncle Bal – who are very strict British Indians and have rigorously stuck to the old ways of the India they left many years ago. So Aunty Vimala has very different rules for girls than she does for boys. She expects Jay to follow all the rules – no going out, no friends over, dressing traditionally at home, helping out with all the chores, cooking and serving the meals. Her boys, of course, are not expected to do any of these things. For Jay this new environment represents a major and unwelcome culture-clash. Her mother, who had been so strong when Jay’s father died, becomes much more subservient and meek in the new household, a shadow of her former self. This is unbearable for Jay and gradually it drives a wedge between mother and daughter.  There are huge differences growing up as a British Asian boy and as a British Asian girl. The expectations, the experience, the background, and the impact of religious, social and cultural traditions can vary widely too – and not just between British Indian girls and boys, but from family to family. In That Asian Kid, we follow Jeevan’s story. His family are more open minded and liberal. Like Jay, he is third generation British Indian, but he does not experience the kind of culture clash faced by Jay. However, for Jeevan there is another type of clash,  one which I have experienced growing up. Jeevan is a clever boy, an A star pupil, but one of his teachers continues to mark him down and Jeevan does not know what to do about it. His parents tell him to keep his head down and work hard, that  he will always come across prejudiced or difficult people like this teacher and he’d better get used to it. (BOOK COVER OF THAT ASIAN KID)

This isn’t an option for Jeevan because the teacher he clashes with is his English teacher and English is his favourite subject. Jeevan’s sister Shanti is following in her parent’s footsteps and is studying medicine at university. She is every Indian parent’s dream child. Jeevan is expected  to do the same – unless he gets A stars in all his subjects and then he will be allowed to do English at A level and at uni. This is his dream. Mrs Greaves stands in his way. An opportunity presents itself when Jeevan is walking home from school one day, taking the short cut through the woods. He sees Mrs Greaves with his favourite teacher, Mr. Green, and they are talking about him. So he hides and records the conversation. To his shock, the two teachers start getting it on, and now Jeevan has this radio-active recording on his phone that feels like a ticking time-bomb. Should he upload the video, or not? He knows that it would be wrong to do so, but at the same time, he suspects that his teacher is marking him down because of the colour of his skin. The book is about Jeevan’s moral dilemma and his struggle to do the right thing – hard for an adult to do, but so much harder when you are a kid. How do you deal with institutionalised racism? Do you keep your head under the radar and muddle through, or do you call it out? And who will listen to you if you do call it out? These were questions that were not discussed when I was growing up, because we knew there was little we could do about it. Yes, many of the things that Jeevan’s parents went through when they were growing up are exactly the things that I grew up with. Jeevan is shocked when he hears their stories. Living in a much more multi-culturally diverse country that the UK is now, these are important questions for teenagers to be talking about. I want to promote empathy amongst teenagers for each other and for each other’s cultures and backgrounds – these differences should be understood and respected, not considered ‘other’, or feared. In order to reach the widest possible teenage audience, in That Asian Kid, I tried to tackle themes perceived to be difficult with a lighter, more humorous touch in a book structured as a fast-paced thriller. 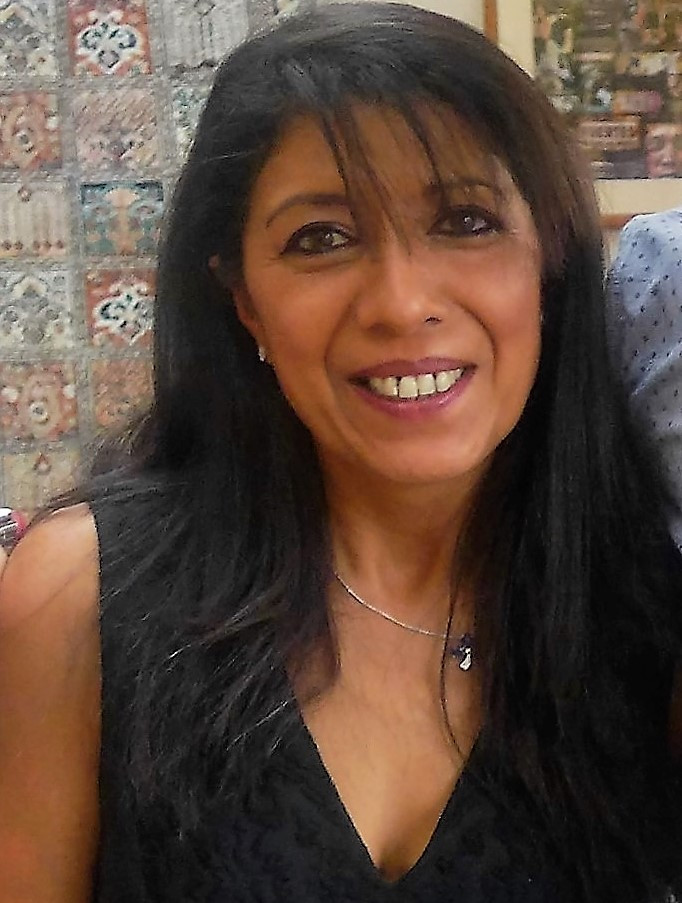 Savita Kalhan is the author of three teen YA books. Born in India, Savita now lives in North London. She runs a teen reading group at her local library, and loves visiting schools to give talks or run creative writing workshops. If you’d like to know more about her, visit her website www.savitakalhan.com