The story behind how Under the Great Plum Tree came to be.

‘How do you feel about writing a picture book?’

Two years ago that was the question asked by my friend Sophie Hallam, the commissioning editor of a brand new independent publishing company called Tiny Owl.

The question came at the right time. I was taking care of my three year old nephew Rehan whilst my sister worked part time. Summers were fine in the park, and winters were spent in the warmth of our public library.

Rehan loved our visits to the library and we established a routine. He would build a pile of picture books for us to read, before we had short breaks playing hide and seek (very quietly) between the shelves.

My time with my nephew meant my imagination was always triggered. He was full of curiosity for the world, and I in turn was fascinated by his reaction to things like thunder, rain, lightning, trains, fire engines, flowers and insects.

One summer’s afternoon, we stopped to smell the flowers on the way to the park and I thought ‘oh that what a wonderful, sensitive boy’ (as all doting aunts). On that same walk, however, he crushed a ladybird under his foot when I pointed out the red colour and black dots.

So I had plenty of tales about little boys.

Tiny Owl, however, did not want a contemporary story about a little boy called Rehan and his mischievous ways. They suggested I produce a tale for their ‘One Story, Many Voices’ series which had just been launched.

The wonderful author Beverly Naidoo’s version of the Egyptian Cinderella, titled Cinderella of the Nile was already in production. Furthermore, Tiny Owl paired authors and illustrators from different parts of the world to encourage intercultural dialogue.

It all sounded quite wonderful and I immediately said yes. The next step was to find a story I could re-tell. I thought long and hard, and browsed bookshops and online for a suitable tale, but nothing. After a few weeks of frustration, the answer came in my own living room.

My nephew loved to hear stories and there was no better storyteller than my own mother. She grew up in India with verbal storytelling and she shared those tales in the same way to her children in the UK. And now here she was with her grandson, sharing stories from memory about the animals in the Indian jungle. There was the old crocodile, the kind monkey, majestic elephants and fierce tigers, all linked together with the moral messages of friendship, big hearts and kindness to elders.

And so my picture book Under the Great Plum Tree was born. A tale originally from the Panchatantra, an ancient Indian fable dated to 300 BC.

It is about a kind, golden hearted monkey and a lonely, old crocodile who craves company, and who is able to find courage in the most challenging of situations.

Under the Great Plum Tree is out now. Here is a link for a peak inside the book: http://tinyowl.co.uk/twit-twoo-take-a-look-inside-under-the-great-plum-tree/ 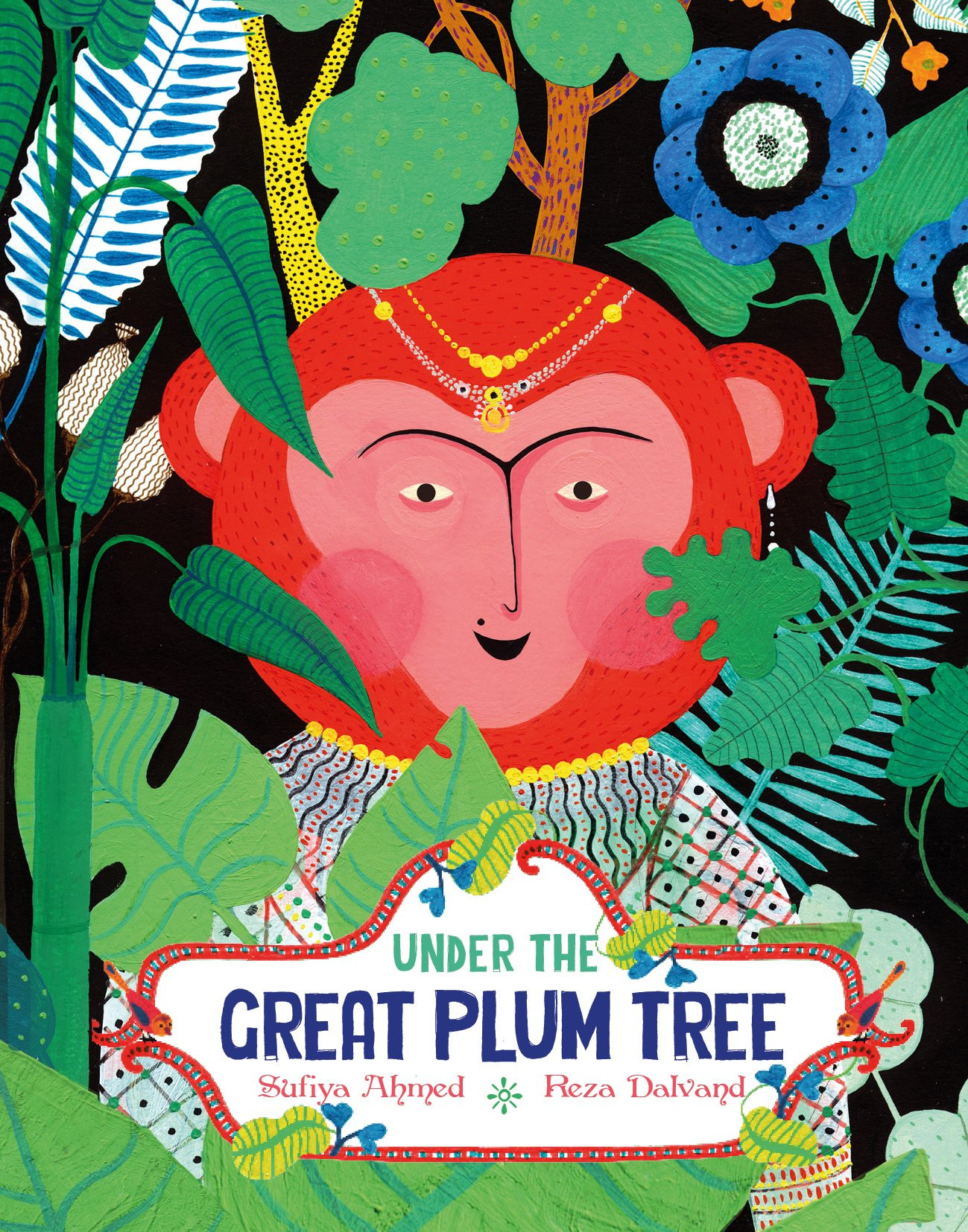