I joined the SLA Executive Committee (as it was termed in those days) in the autumn of 1992. As usual I was invited to join either the Training Group or Publications and I opted for the latter. In my library and information skills work on the LEA’s Advisory & Inspection team in Gloucestershire I’d been involved in putting together a range of publications and it seemed natural to opt for this group.

SLA Publications were in their infancy. The first ones had been produced in the late 1980s and perhaps three or four were on the list when I joined. Some focussed on school library procedures and processes (SLA Guidelines, started in 1990 ) and a series of author profiles had been created too. The wonderful Elspeth Scott from the Scottish SLA (later SLA Chair and the SLA’s stalwart ICT editor for many years) had penned a couple of the Guidelines. Marny Leech, the SLA’s brilliant Production Editor, copy edited and produced these in between her work on The School Librarian. Jane Cooper in the SLA office was doing an excellent job sorting sales and publications admin. In 1995 Ray Swan retired and Valerie Fea invited me to take over chairing the Publications Group and take the initiative in expanding Publications. I jumped at the opportunity. For the next twenty two years SLA publications work was a very important strand of my professional life, alongside my own freelance consultancy and training work and other SLA work.  We went on to produce approx. 85 titles during those years, mostly in the Guideline series, but also we introduced the highly successful Riveting Reads across all school age ranges (annotated booklists), Case Studies and SLA Voices. We were mostly concerned with hard copy volumes, although we did venture into e-books. I was responsible for obtaining an author and their draft manuscript, arranging to have that MS peer reviewed by SLA colleagues and sometimes other friends and colleagues outside the SLA, and then making the necessary changes and passing it to the production editor to work on. We had to proof read all texts before they went to the printers. Advertising blurb was written and of course a title price calculated and print run decided. The Publications Group were often very supportive suggesting new titles and authors and with peer reviewing. Each script was always read confidentially by two reviewers and by me. Group members also volunteered to author publications for me. Names that come to mind include the late Wendy Cooling (before she became a patron) who authored our first series of Riveting Reads, so ably taken on by Eileen Armstrong, Chris Brown, Frances Sinclair, Joy Court  and others. Elspeth Scott, Eileen Armstrong, Anne-Marie Tartar, Sally Dring, Steve Hird, Tricia Adams, Dawn Woods, Sally Duncan, Kathy Lemaire, Karen Horsfield and other colleagues and friends contributed Guidelines on a variety of important topics. Michael Morpurgo donated a story to Eileen’s Guidelines title; we were absolutely delighted. 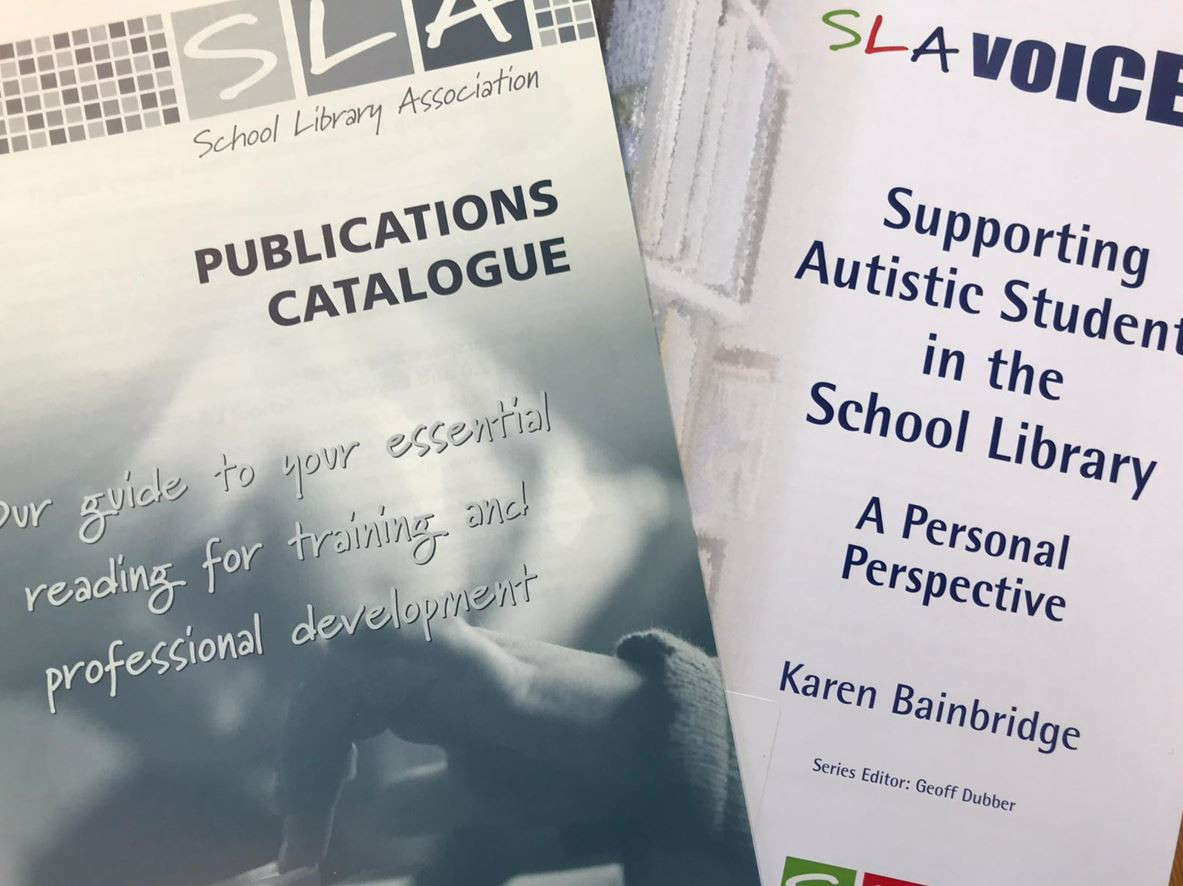 Occasionally we came unstuck with authors – I remember one script in particular that needed a total rewrite by me! I remember three that needed no editing whatsoever. Some scripts never materialised at all, but we always had a number in the production pipeline for it not to matter too much at the time. Getting back to authors to suggest changes was usually sensitive, but most didn’t mind at all. They were pleased to help and I had in mind the publication and style and level that we needed.  I contributed over a half a dozen Guidelines titles myself. To give a new dimension to them we added short case studies in later years. Collections of case studies on a specific theme or issue themselves became a publications series.

We produced, as a very rough estimate approximately 85 different titles over those years, (usually 4+ titles a year) always copyedited and produced by the wonderful Richard Leveridge in later years, with some titles running to 3 or 4 editions. Those on Information Skills, and also on Induction and perhaps Behaviour were the best sellers I think.

The spin off to the publications was that SLA members and others then wanted workshops or a day’s training on those topics – another crucial aspect to SLA work in those days and vital income generator. 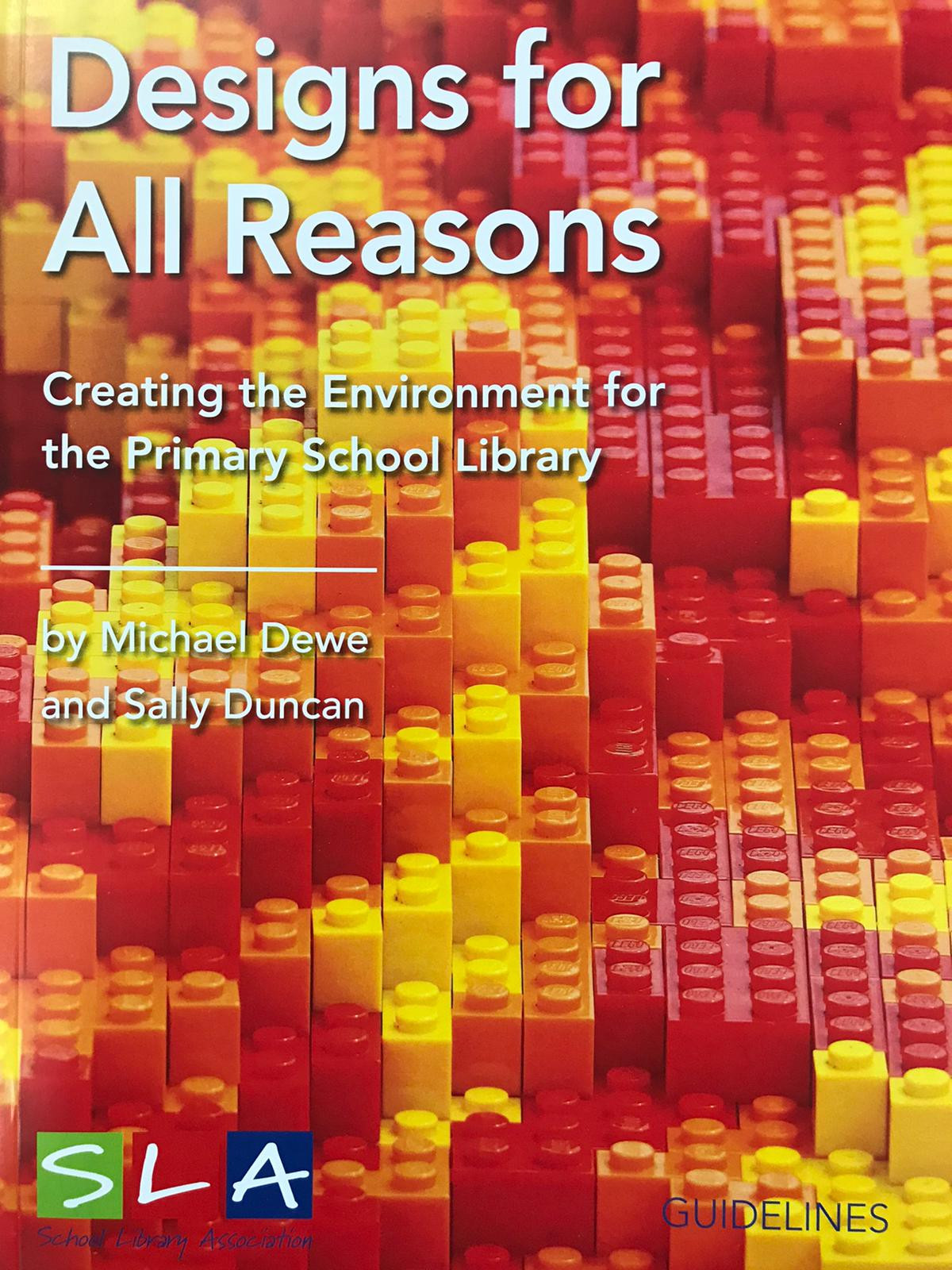 SLA publications were extremely popular with schools. We often launched a new title and sold them by the dozen, even by the score on occasions, at the annual weekend course, library and school/education exhibitions, day courses and through branches. They sold all over the world. In fact in the late 1990s Prof. Frank Hogg OBE, our amazing first president and stalwart SLA advocate, had some written by Elspeth Scott translated and sold in Poland ! We were also keen to draw into the Association enthusiastic school librarians with ideas, writing skills and a genuine enthusiasm for helping in the sector. This proved very successful. Several authors then stood for election and joined the Board and of course joined Publications too!

Our SLA Publications then were a vital part of the SLA’s work and kept me very busy over the two decades and more.

Since 2018 our publications have been looked after by Cathal Coyle and have covered a range of topics relevant to school libraries including fake news, pupil mental health and wellbeing, and reading science information books for pleasure. 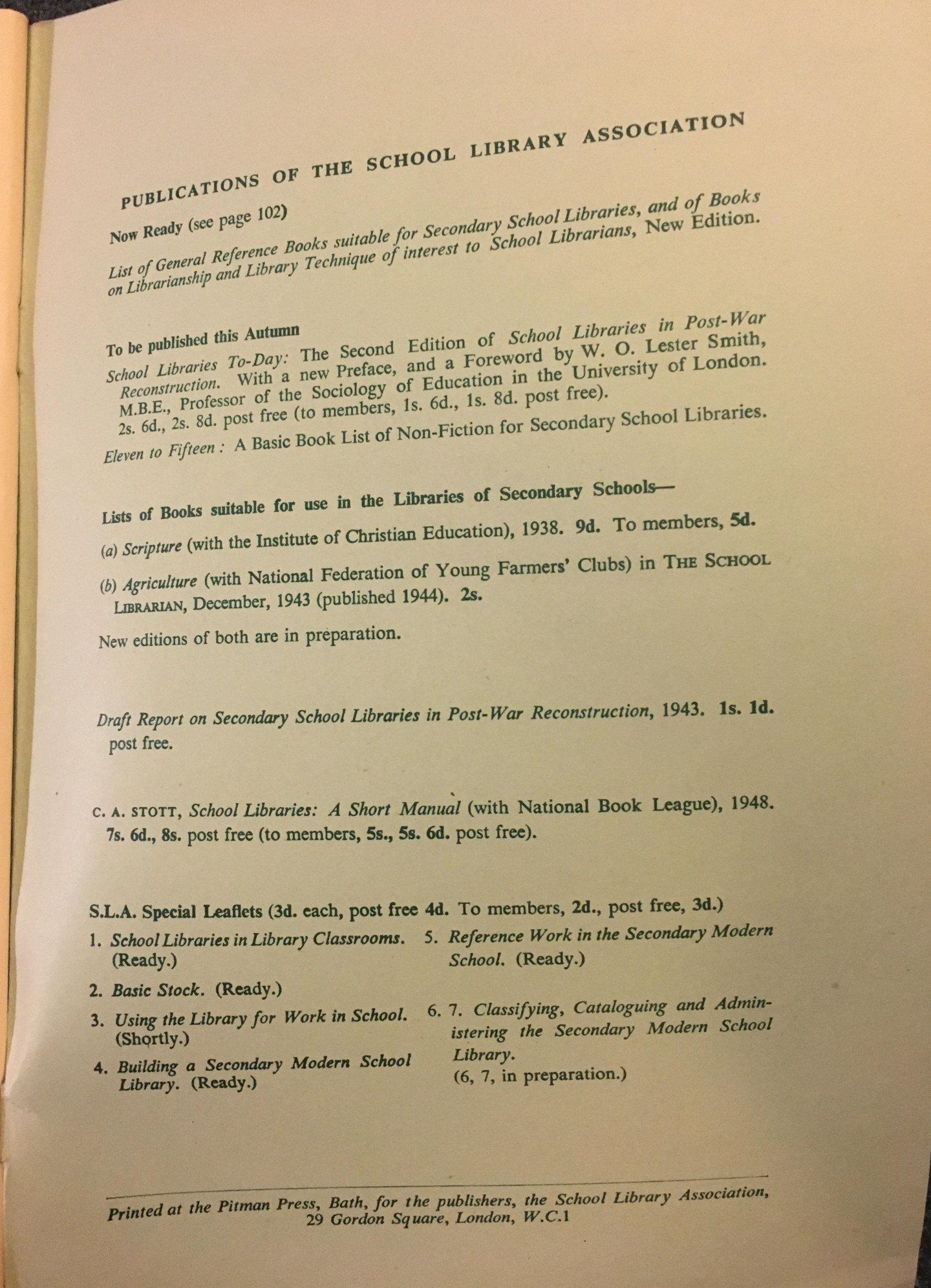