Author Corner: 'As a writer I am always trying to recapture the magic that I first discovered in libraries' :: NEWS

Author Corner: 'As a writer I am always trying to recapture the magic that I first discovered in libraries'

Skye McKenna discusses her debut book 'Hedgewitch' and the inspiration behind it in the first post of our brand new blog series called Author Corner.

I grew up in a mining town in the Australian outback. There was no bookshop and Amazon was simply the name of a South American river – one I might have looked up in the Encyclopaedia Britannica that filled my parent’s bookshelf, alongside a small collection of cookbooks and birding field guides. This limited selection did not bother me as a child, however, because I had free and regular access to the place I assumed all stories came from, their natural habitat; the library. The building itself looms large in my memories; shadowy, cavernous and welcomingly cool during the scorching summers. It was a hushed, sanctified place and being a sensitive child, I felt entirely safe there, if a little daunted by the long, dark aisles of things as yet beyond my comprehension.

My love of the library began before I could read, before I was given a little card with my name on it and allowed to take six books at a time home with me for two weeks. It began the way storytelling itself got started – with the spoken word. Once or twice a year we would drive to the nearest city, 743 miles – a full twelve hours in the car. My parents needed to keep me occupied for the length of the journey and they did so with audio books from the library. I listened to the entirety of The Chronicles of Narnia several times over before I ever saw the physical books, but my favourite audiobook was Green Smoke by Rosemary Manning, read in the husky Welsh tones of Siân Phillips. It was about a dragon who told stories and it introduced me to the legends of Arthur, Merlin and Morgan le Fay.

The library also brought us real, live storytellers. There is no magic on earth like the power commanded by a good storyteller. If you want to understand the meaning of words like spellbound, enraptured or bewitched you need to watch one at work; look at the eyes of the audience, see them transported. At the library we were treated to a series of travelling storytellers, touring the outback towns, and we had Wendy.

Wendy was a young librarian who ran the regular children’s story time, but she did so with a flair I have rarely seen since. She would spend weeks transforming part of the library into the setting of her next tale, bringing in potted plants and mood lighting or hanging butterflies from the ceiling. She constructed enchanted worlds with all the art of a theatrical production. I swear she once went so far as to bring in dry ice! When the stage was set, she would dress up as her chosen character. We children would enter this new realm, walk across a bridge and find ourselves inside the book she was about to read to us. It was better than any film or tv show and we adored her every bit as much as the Lost Boys loved her namesake. 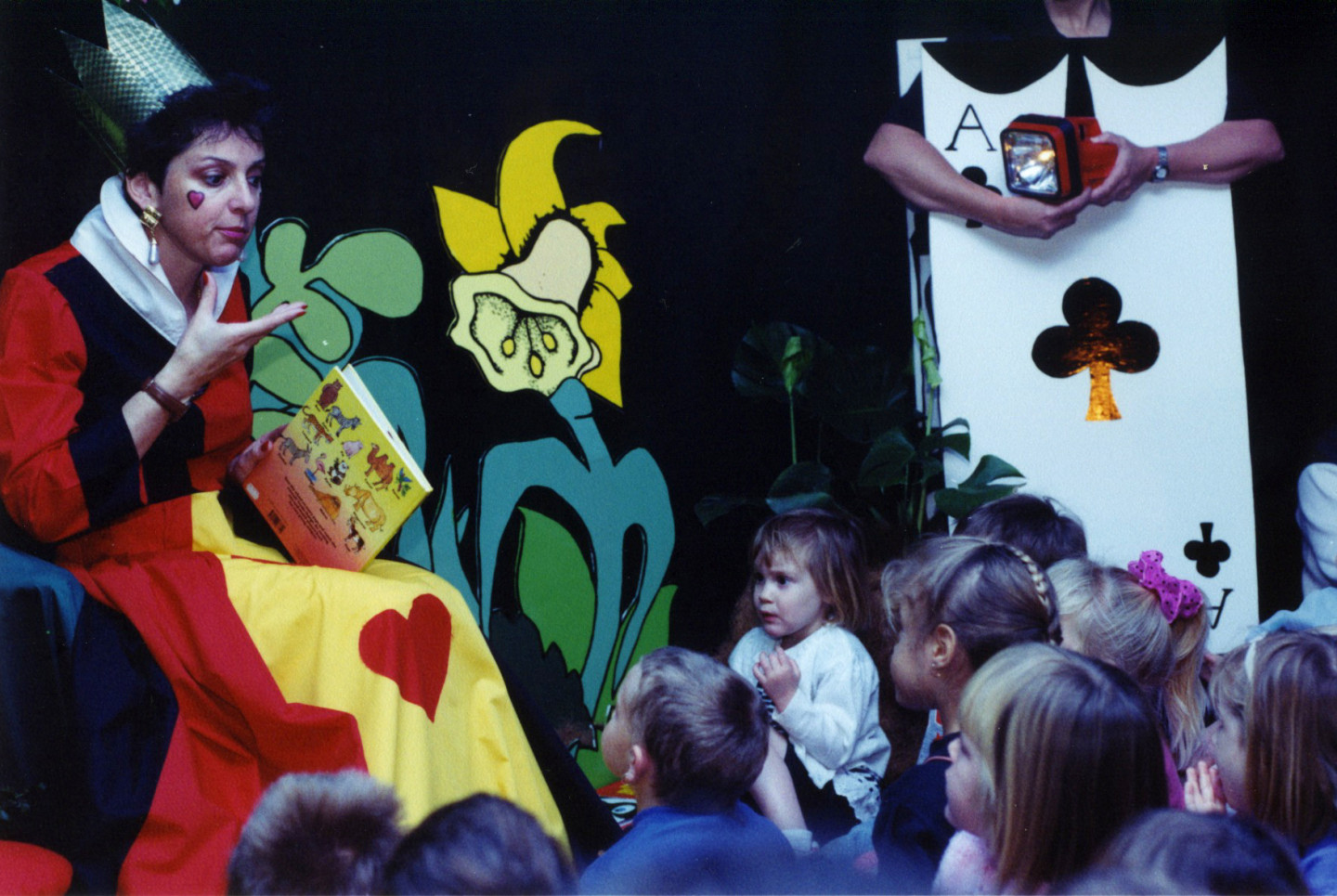 Thus, by the time I could read for myself, I was already aware of just how immersive stories could be. I carried that knowledge with me as I began to browse the shelves, always seeking those books which acted as portals into strange countries, other worlds, the past or the future. I liked well-written contemporary realism, but I loved speculative and historical fiction for the way it expanded my small world and awakened a sense of possibility and enchantment in the mundane. I was made a reader by access to the library, and without it I would have had a happy childhood, but one without the magic I so desperately craved. I was raised in libraries, by libraries, and I took for granted that wonderful freedom to read for free which I now understand to be so precious and threatened.

I left that outback town, and have moved many times since, including right across the world to the UK. Wherever I move, one of the first things I do is join the local library. Although I now have a well-stocked bookshelf in my home, the library is still essential. I simply cannot store all the books I want to read. The library gives me the freedom to take chances, to try new genres and authors, to have serendipitous encounters and to take home far more books than I could ever afford.

A few weeks ago, I went into the public library where I live in Scotland and had one of the most extraordinary encounters of my life – I saw my own book on the shelf. I had not given a copy to the library staff, or even informed them that I lived nearby. Someone had chosen to order Hedgewitch for their children’s section and there it was, complete with its protective cover and all the dear, familiar labels that showed where it belonged. I had seen my book at Waterstones and WHSmith, but nothing could have prepared me for the feeling of seeing Hedgewitch on the library display, where any child might pick it up and take it home for free.

Hedgewitch is about Cassie Morgan, a twelve-year-old girl living at a repressive boarding school where storybooks are banned. She trades sweets for books and builds her own small library which she keeps hidden under a floorboard. Stories are Cassie’s only escape from the bullies, cruel punishments and mean teachers at her school. When she runs away and finds herself thrust into her own magical adventure, it is the wisdom of her storybooks that helps her navigate the enchanted world she encounters.

In Hedgewitch, anyone can do magic if they’re willing to learn, it is not limited to a privileged few. I firmly believe that access to books, alongside access to nature, is vital to inspiring empathy and curiosity in children and should never be limited by where you live or what your parents earn. Public and school libraries play a vital role in providing this access, and it is unlikely I would have become a reader or an author without them.

As a writer I am always trying to recapture the magic that I first discovered in libraries; the magic of the storyteller’s spell, of Wendy’s enchanted rooms, of listening to an audiobook about a snowy forest while the desert flew by outside the car window. The books I write are full of immersive, sensory details because I want more than anything to transport readers beyond their pages. I want to share that sense of books as places you can visit, explore, or come home to. I believe strongly that such magic should always be widely and freely available to any child who needs it. 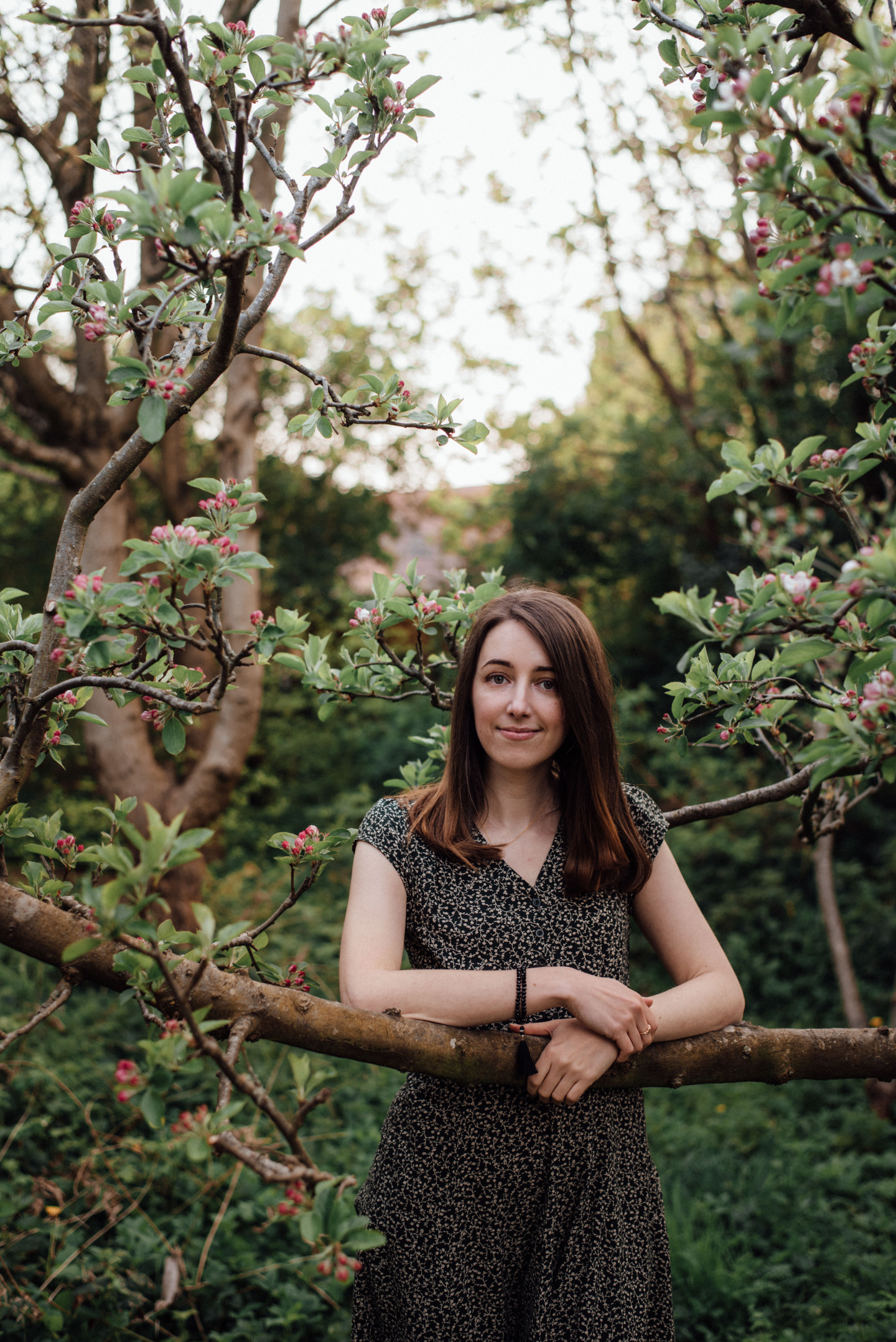 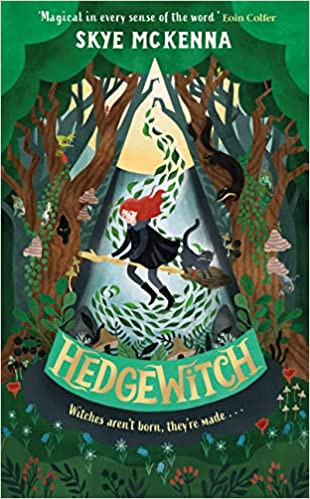