Meet the author of 'Fake News'

The SLA's Information Book Award (IBA) shortlist was announced earlier this year. On that list of incredible information books in

An eye-popping, thought-provoking and detailed guide to developing a critical approach to ‘news’, the extensive terminology and fascinating facts within will help teenagers to build a robust research toolkit. 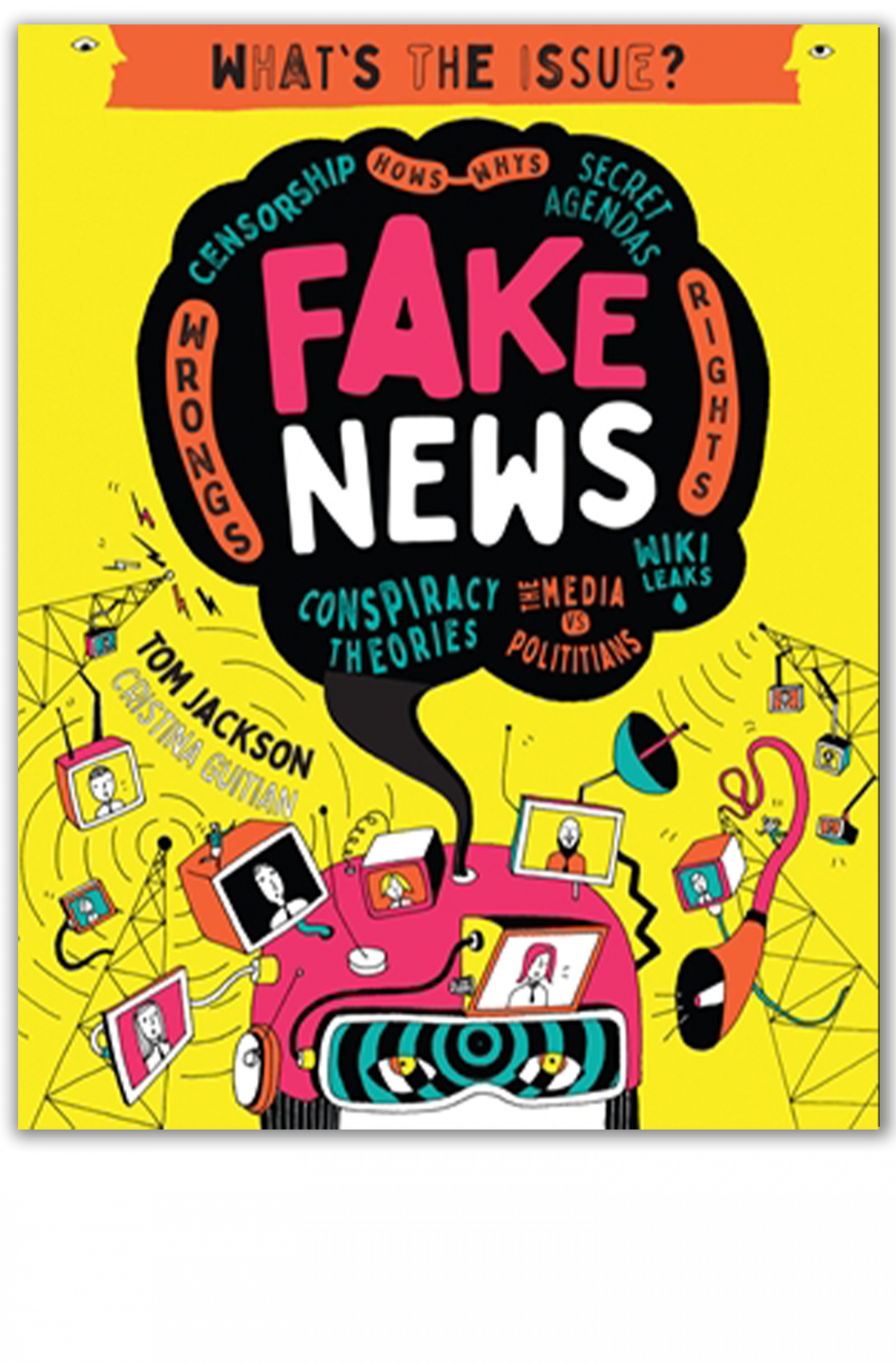 What’s your favourite fact that you learnt from creating the book?

I’d obviously heard about the Pulitzer Prize, which is an award given to the best American journalists. It was set up and named after Joesph Pulitzer, a wealthy US media baron. That much I knew already. However, I guess Joseph had wanted the prize to enhance his reputation because I had not realised that he was a leading figure in fake news! His newspapers regularly created faked and sensationalised news to get more readers (as did others at the time). His fake news even helped push the United States into a war with Spain in the 1890s! [see page 48-49]

What’s your favourite page of the book and why?

That’s a difficult one but I think page 35, which shows a great picture of a fake Loch Ness monster (and perhaps the real one too!). This relates to the famous Surgeon’s Photograph of Nessie, which was part of an elaborate trick played on the Daily Mail newspaper in London. This is part of a section about how people began manipulating pictures almost as soon as photography was invented!

What is it about writing information books that you enjoy?

I’ve always got great satisfaction from having an understanding of a subject, some form of general overview, the big picture. So partly I like writing these books because it gives me the chance to put that kind of thing together and pass it on to others. Additionally, I love looking for the unexpected links in the history of ideas, where one discovery leads to something else, seemingly unconnected often. I like to write things that weave a journey of discovery, connecting a wide range of information. Not only does that make subjects more fun (at least that’s the plan!) but we also get to understand where discoveries and innovations came from and that hopefully glues them together into a more comprehensible set of ideas.

Don't forget, students can get involved in the award by voting to crown their favourite! The Children's Choice Award is now open, vote here before 12th November.