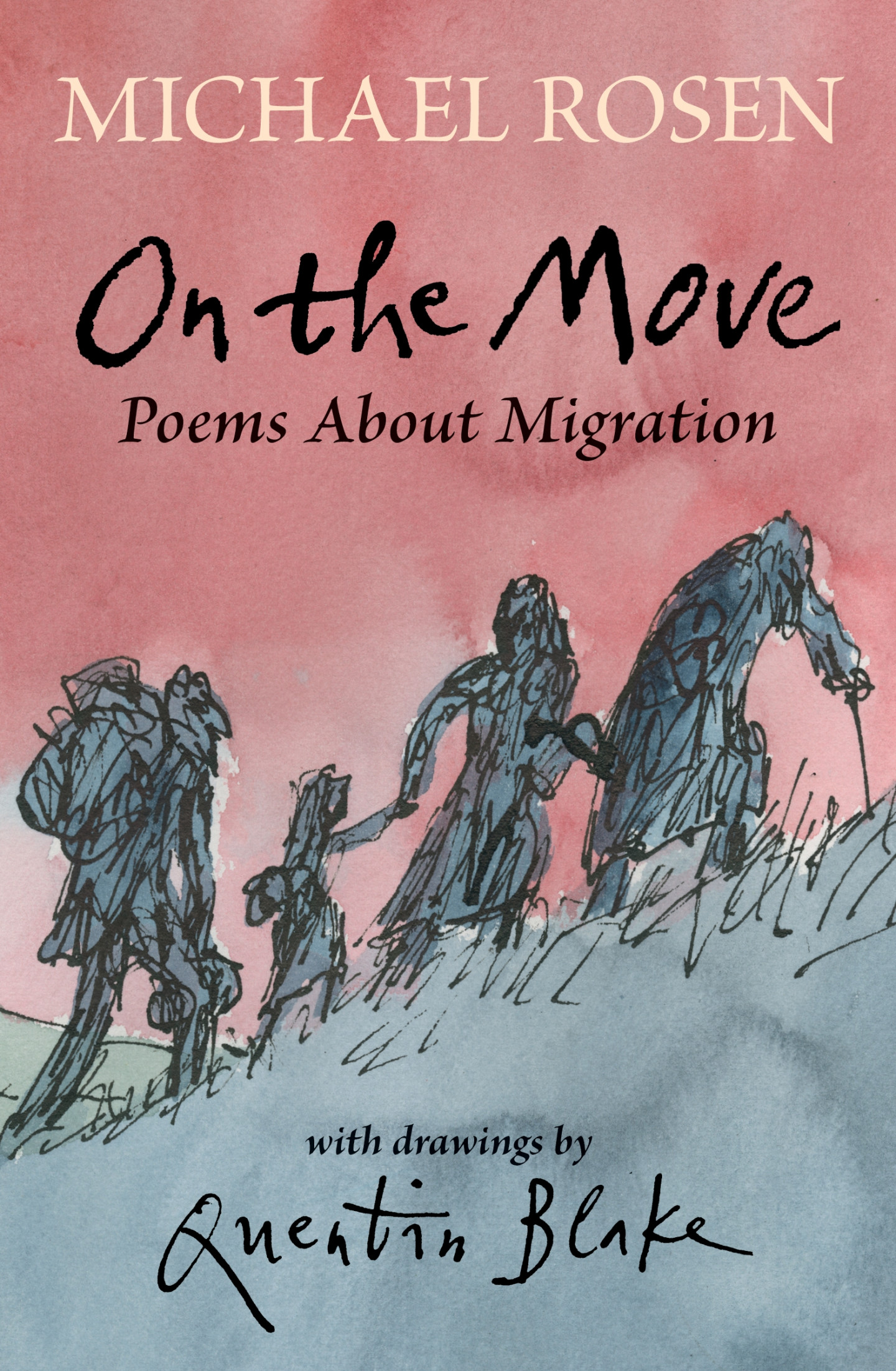 Michael Rosen has won the CLiPPA once before in 2016 for A Great Big Cuddle, also published by Walker Books and illustrated by Chris Riddell, when the award was shared with Sarah Crossan for One (Bloomsbury). This year’s win comes after a life-changing eighteen months for Rosen, who fell ill with Covid-19 in March 2020, spending two months in a medically induced coma. He was just beginning his recovery when On the Move was published last October. His experiences are described for children in a forthcoming picture book, Sticky McStickstick (Walker Books) in which he describes having to learn to walk again.

His win was revealed today, Monday 11 October, in a live Poetry Show, part of The Times and The Sunday Times Cheltenham Literature Festival and introduced by Allie Esiri and CLiPPA judge, poet Zaro Weil, winner of the 2020 CLiPPA.

A rich and very varied shortlist for this year’s CLiPPA also featured poetry sensation Nikita Gill, whose anthology SLAM! You're Gonna Wanna Hear This is a joyful celebration of the young poets making their voices heard in the spoken word scene; Matt Goodfellow with Bright Bursts of Colour, a collection of vivid, often touching poems that connect directly with their young audience; Manjeet Mann for her powerful verse novel Run, Rebel; and Jane Newberry whose collection of new nursery rhymes, Big Green Crocodile Rhymes to Say and Play, will start a lifelong love of poetry.

The Poetry Show featured performances by all five shortlisted poets and they were accompanied by SLA Patron and another former Children’s Laureate and Chris Riddell, who illustrated their poems live on stage.

Schools are now invited to explore the poems in On the Move and the other shortlisted collections through CLPE’s hugely popular Shadowing Scheme launched alongside the announcement of the winner.

Michael Rosen receives a trophy and a cheque for £1000. As part of the prize he will also be recorded for the prestigious National Poetry Archive.