Title: When Our Worlds Collided 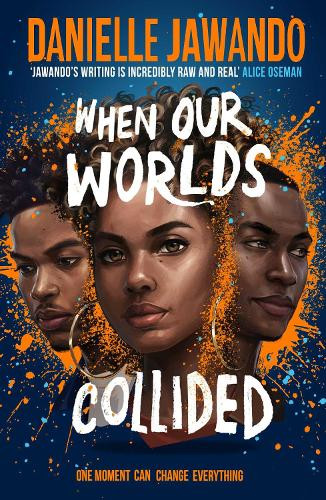 Chantelle is fighting poverty and abandonment by the mother who was supposed to care about her.

Marc is in care having survived his parents’ abusive relationship.

Jackson, however, has parents who care about him and the money to provide him with safety, a good education and prospects of a future where he can expect the same. Until the day when another boy is stabbed and these three are the only people who stop to offer help.

These young people do not know one another. This shocking incident brings them together as they experience first-hand the prejudice against the victim as the media report only what they want and what will sell, lying about gang culture and making out the victim had no future.

Life’s injuries become more personal when Chantelle is wrongly accused of cheating as a judgemental teacher does not believe she is capable of good work, and for Jackson an incident on the way home one evening lands him in even further trouble.

I have never been in this position, but this book certainly paints an empathetic picture of what life is like for black teenagers living in poverty or in care, constantly having to be on their guard and fight for everything far more than those judged less harshly.

I wanted to hug Marc, who constantly thought he'd be moved onto yet another foster carer, and to praise Chantelle for her survival and her care for her younger sister. I felt Jackson's fear when he encountered the group of white teens so near and yet so far from his home of safety.

At school Chantelle is studying Great Expectations, but the expectations of all three friends depend not just on their own behaviour and efforts, but on others who hold lesser expectations of those without money or who are black.

Who are we to judge others and assume some people are not capable of good deeds, or insightful work?

To learn about prejudice and injustice because of being black. Those sitting in judgement are white, privileged and simply unable to envisage living in fear because of the colour of their skin.

For a book club discussion this book has so much to unpick.

For white, middle-class and middle-aged teachers and librarians this book will clearly show the uphill struggles some young people are fighting against.

Danielle Jawando is an author, screenwriter and Lecturer in Creative Writing at Manchester Metropolitan University. Her debut YA novel was And the Stars Were Burning Brightly, which won best senior novel in the Great Reads Award and was shortlisted for the Waterstones Children’s Book Prize, the YA Book Prize, the Jhalak Children’s & YA Prize, the Branford Boase Award and was longlisted for the CILIP Carnegie Medal, the UKLA Book Awards and the Amazing Book Awards.

Title: Julia and the Shark 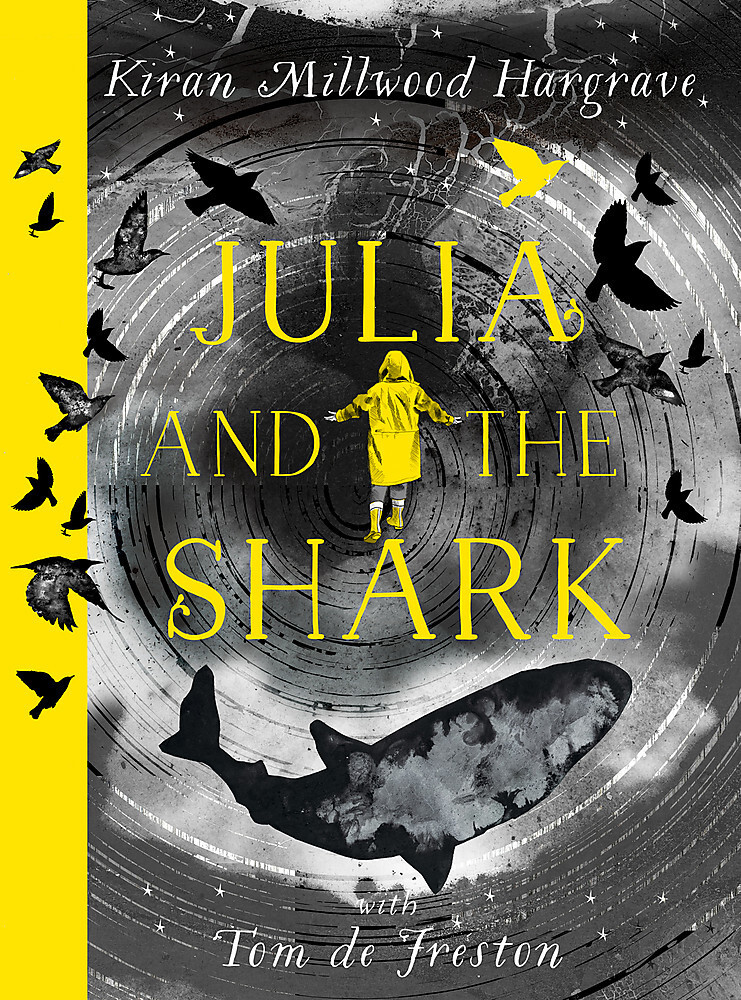 Julia, her mum and her dad have come to live on a remote island for the summer - her dad, for work; her mother, on a mission to find the elusive Greenland shark.

Julia is accustomed to managing on her own while her parents are absorbed in their work and soon befriends an islander of her own age. But her mother soon becomes obsessed with the shark which isn't there, convinced another day will track it.

The final events happen quickly and could have ended so differently.

Starting off with an ecological theme, the book builds up to a climax, just as bipolar disorder builds up to peak at a dangerous level affecting the sufferer and their family. It took a while for me to realise, and younger children may take longer, but it does deal sensitively with the condition.

A beautifully presented book with a striking cover of yellow and silver accompanied by pencil illustrations inside which work to complement the text.

Not a book for everyone, but for the right child this book has so much to give and think about besides being absolutely beautiful.

There are not may books about this subject for younger children and this is done in a non-threatening way, although it does become obvious that Julia's mother is unwell.

Kiran Millwood Hargrave is an award-winning poet, playwright, and bestselling novelist. Her debut novel for children The Girl of Ink & Stars won the Waterstones Children's Book Prize, and the British Book Awards Children's Book of the Year. Her work has been short- and long-listed for other major prizes including the Costa Award, and the CILIP Carnegie Award. She's a graduate of both Oxford and Cambridge Universities, and lives in Oxford with her husband and cats, in a house between a river and a forest.

Tom de Freston met Kiran in 2009, when Kiran was a student and Tom was artist-in-residence at Cambridge University. They have been a couple and collaborators ever since, but Julia and the Shark is their first novel. Tom is making his illustrative debut having worked as an acclaimed artist for many years. They live in Oxford with their rescue cat Luna, in a house between a river and a forest.

We're also thrilled to be celebrating Julia and the Shark this June at our 2022 Weekend Course: Lifelong Learners, Journeys of Curiosity, Collaboration and Imagination. Find out more here!