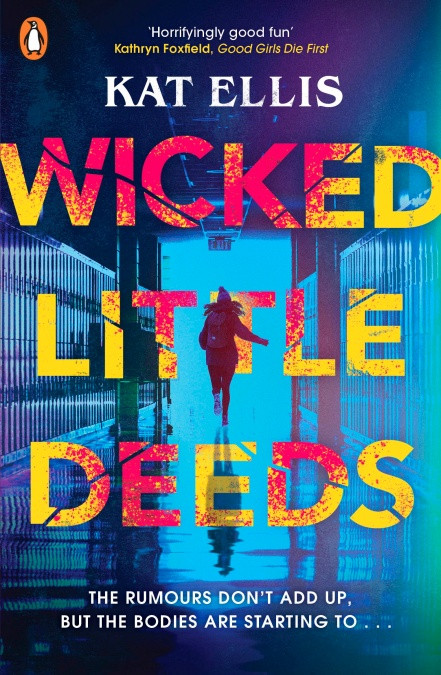 Ava Thorn lived in the Manor, built by her ancestors, and lived in by the family ever since. On the land was a bridge over a waterfall with a local legend of Sadie haunting this, a ghost whose eyes had been gouged out.

One evening on the way back from an evening out with her parents, they are involved in an accident with their car being driven off the road by another. The other driver was Madoc Miller, father to Freya and Dominic, who had crossed paths with Ava to their mutual dislike. The crash killed both parents, leaving Ava in the guardianship of her Uncle Ty, just 10 years older. He had uncovered just how precarious the family business was and had to sell the Manor, moving himself, his wife and Ava to a smaller cottage still within the village.

But Ava is shocked when she discovers who the new owners of the Manor are, and then her peers start to die - killed with their eyes gouged out. Can a ghost do this?

Ava becomes closely involved, partly from her knowledge of the Manor’s grounds, partly because she was there and discovered one body and helped rescue the other. She feels she is a suspect and is determined to uncover the real killer. But her nightmares and flashbacks are sending her unstable as she is still grieving and unwilling to forgive those she holds responsible, all the while trying to secure a place on a university art course up against Freya.

The marketing on this book must have been enticing, as it’s not my usual book choice - too frightening for me! But once started I had to find out what happened and just who was committing these wicked little deeds.

Of course I knew a ghost could not be responsible, but reading this at night, it did suddenly become somewhat possible, perhaps? Especially when there was no obvious other killer, or even motive. This was a thriller in the true sense as it was equally frightening and compelling.

A thriller with a fleshed out back story, if you like horror and ghosts, this is for you.

A good addition to the horror genre.

Kat Ellis is a young adult author. She is a fan of all things horror and sci-fi, and a keen explorer of ruins, castles and cemeteries–all of which are plentiful in North Wales, where Kat lives with her husband 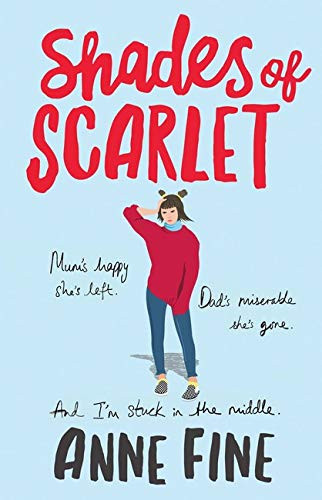 Scarlet’s parents have recently separated and she is angry. It is automatically assumed she will live mainly with her Mum, although still seeing her Dad on a regular occurrence. But living with her Mum means staying firstly in a grotty flat where Scarlet’s anger has time to fester. Even after a couple of weeks when they move to a much nicer house and her Mum is being nice to her by giving her a journal in which to write, Scarlet’s anger does not abate.

She then discovers her parents have not told her the whole truth and discovers this in the most embarrassing way - at school when others know more about her parents than she does.

Scarlet is not a particularly likable character but her parents are not being fair by keeping the whole truth from her. Are they trying to protect her, or treating her like a baby? There is a lot of growing up needed as well as honesty from all quarters until the family can once again communicate properly.

I would hope that I could be more charitable than Scarlet, but also, in her parents' place that I would be more honest and open. But who knows how you would react in similar situations?

One of Anne Fine's early books 30 years ago was about divorce. This book is very different, but it too is one person's reaction to her life being turned upside down and the changing feelings experienced throughout.

This is a realistic novel and one which will help young teens going through similar situations.

For children struggling with divorce, hopefully this would help others see that there is a way to move forward.

Anne Fine is a distinguished writer for both adults and children. Her novel Goggle-Eyes won the Guardian Children's Fiction Prize as well as the Carnegie Medal. She won the Carnegie Medal again for Flour Babies, which also won the Whitbread Children's Book of the Year Award. Her novel Madame Doubtfire was adapted into the phenomenally successful film Mrs Doubtfire, starring Robin Williams. Having written over fifty books for children of all ages, Anne Fine became Children's Laureate in 2001.