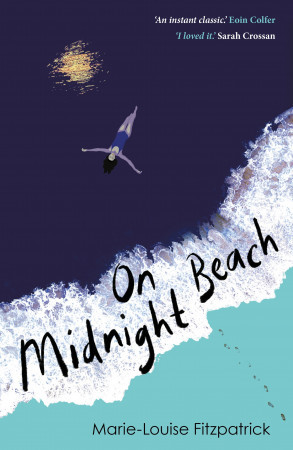 In the hot summer of 1976 in Ireland when Emer is 17 a dolphin turns up in Carrig Bay. Emer and her best friend Fee are the first to see it and are joined by two lads – Dog and Kit, whom they have known since they were all small, but have never taken an interest in – until now.

Soon the dolphin - and the boys - become a point of interest for the girls and the whole community soon welcomes the dolphin which is becoming a tourist attraction and hence a source of income.

However, down at Ross, the next bay along the coast, they become jealous and with the alpha males in each community jostling for position, they become involved in tit for tat acts of revenge to gain the upper hand.

I can remember the Sex Discrimination Act in England in 1975 which filled us with hope as it was supposed to put women on an equal footing to men, but attitudes are hard to change and now, looking back at the sexism in this book you can see these men were completely oblivious of their attitude. Emer’s Father could not see the point in Emer continuing her education beyond the School Leaving Certificate as she was going to work in his shop and then she’d get married and have children -according to him, but not to Emer. Paudy’s Bar was men only, and even though Emer had been vital to the success of freeing Rinn, she remarked “Pints and whiskeys for the conquering heroes…And we don’t even get a mangy packet of crisps, because we’re girls”.I can feel the atmosphere of the heady summer days and Emer's feeling of hope, only to see her life change dramatically because of falling in love.

I can remember that summer, although younger than Emer, but still a teenager searching for my place in the world. But I lived in England, not Ireland, and my experience was a vast difference in attitude towards women and their place in the world.

The novel is set in 1976, yet could be happening today. How long will it take to change attitudes?

This can be read as a teen romance with the added attraction of a cute dolphin, but as well as the sexism, the toxic masculinity of different gangs vying for supremacy is shocking as the violent ending demonstrates. And to what point? A good discussion novel for both sexes.

Marie-Louise Fitzpatrick is a writer and illustrator based in Dublin. As an author she is something of a shape-shifter, creating children’s books across various genres and age groups. She has won four Children’s Book Ireland Book of the Year Awards and her books include The Sleeping Giant, Izzy and Skunk, Hagwitch, There and the silent picturebook, Owl Bat Bat Owl. 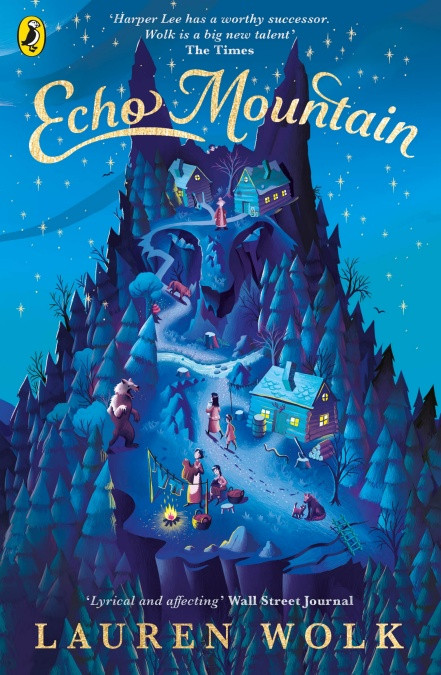 The Great Depression in America meant many families lost their livelihoods and their possessions including their homes. Ellie’s family was one of these and fled to Echo Mountain where they claimed a part of the rough landscape and built their own shelter, then their house, learning to become as self sufficient as possible, trading with neighbours for what they did not have.

But then tragedy strikes in the form of a tree toppling to crush Ellie’s little brother and saved by Ellie who pushed him out of the way, but in doing so caused her Father to, in turn, try to save her, taking the impact of the tree upon himself. He is in a coma and Ellie is convinced she can help find a cure to wake him up. In doing so she meets the hag from the top of the mountain and Cate’s grandson.

Ellie’s ability to see past first glance and accept people for what is inside their heart is wonderful and not something many adults do. Hopefully it will teach us not to be prejudge and to be prepared to see the best in people.

The cover is striking as the mountain has the shadow of a wolf – the reason Ellie ventured up as far as Cate’s house in the first place. The details in this picture, once you have read the book which are hidden in the jacket are amazing. It gave me a shiver down my spine.

Wolk evokes the feelings of being in the wild and being subjected to its willingness to give or take from the natural environment. It is such a contrast to our consumer society, and like Ellie’s Mother and sister, I know I would struggle without many of my comforts, so this book makes you think how you would manage.

For considering how we would survive without our comforts and how we prejudge people, this is a great book to make you think. It is important for empathy. Ellie and Larkin are great and Cate very wise.

Echo Mountain is also a wonderful adventure story about the environment even though the adventure takes place within a very small geographical area.

After graduating from Brown University with a degree in English literature, Lauren Wolk spent a year as a writer with the Battered Women's Project of the St. Paul American Indian Center, and then worked as an editor and an English teacher. Since 2007, she has been the Associate Director of the Cultural Center of Cape Cod. She is an award-winning poet and a visual artist. Her novels for children, Wolf Hollow and Beyond the Bright Sea, are critically-acclaimed and award-winning.