Title: While the Storm Rages 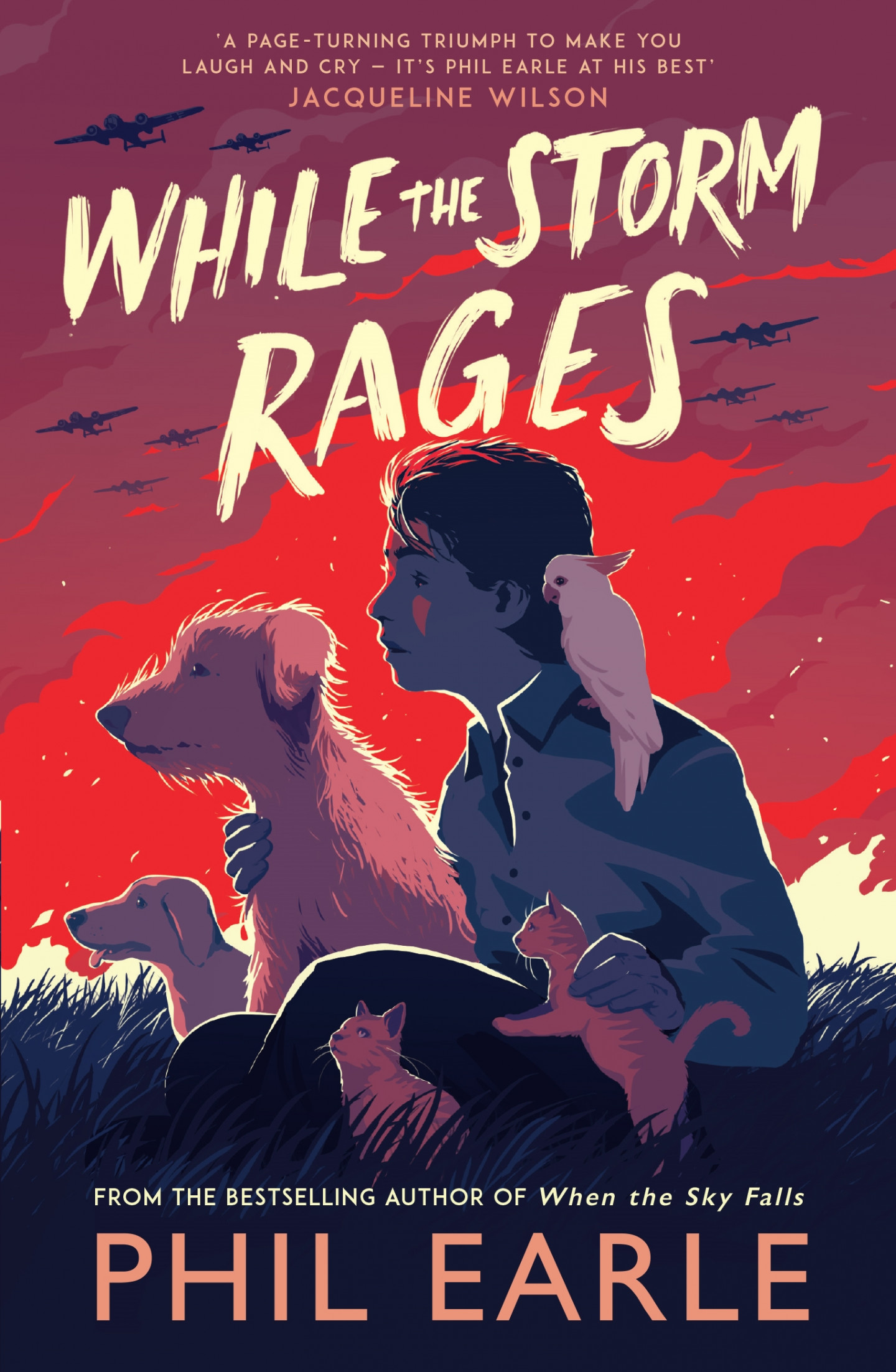 Noah and his Dad, along with their faithful dog Winn, have been working on an old boat, christened Queen Maudie after Noah’s Mum. But now Noah’s Dad has volunteered to fight, believing war is about to be declared. He promises Noah he will be back, and in return Noah must keep Winn safe. That’s an easy promise to keep, as Noah loves Winn. But the news comes that not only has war been declared, but that all children must be evacuated from London. Even worse, not only can he not take Winn, but the Government has suggested that all pets are put to sleep before toxic gas is released by enemy bombs.

This devastates Clem – Noah’s best friend - just as much as Noah, as Clem's dog Frank may be old but is equally as loved. Clem’s Mum insists Clem takes Frank to the vets so the pair join a huge queue of others doing the same. But Noah can’t do it and comes up with a plan which he knows is risky, but that he hopes they can implement quickly to save Winn, Frank and a few other pets along the way. Although he hadn’t quite bargained for a bad tempered donkey named Sampson and a python called Delilah...

What follows are the disasters and other events which accompany this plan.

I knew I had to read this new Phil Earle title after his absolute success with When the Sky Falls, but I did not actually investigate the storyline. So when I started reading and realised it was going to involve heartache over pets, I seriously considered abandoning it. Was it going to be just too sad? Once the duo started on their adventure with an ark of animals, I managed to breathe out, but the shocks were not over as there were other heart-stopping moments in the book which took me by surprise.

The number of animals killed in the war has been highlighted before, but this book brings it home to younger children who may not have appreciated the scale or detail, nor the impact on families. The reader can transport themselves into the position of Noah and Clem to know how they would feel if it were them.

Phil Earle has always offered us deeply emotional reads, and this is no different.

An addition to the WWII canon but with a focus on the fate of ordinary household pets.

The faith Noah had in his promise to his Dad to keep Winn safe in return for the safe return of his Dad from fighting is heart wrenching. Noah fully believes it. Adults will know it was an impossible promise to guarantee, which makes it even more poignant. But the discussions around the effects of those families affected will be especially pertinent as bombs rain down on Ukraine.

Born and raised in the north of England, Phil is the author of over twenty acclaimed, award-winning books for children and teenagers. He has worked as a carer, a dramatherapist, a bookseller and a publisher, and loves talking at schools and festivals around the world. He lives on the side of a very steep hill with his partner, their five children and two dogs. 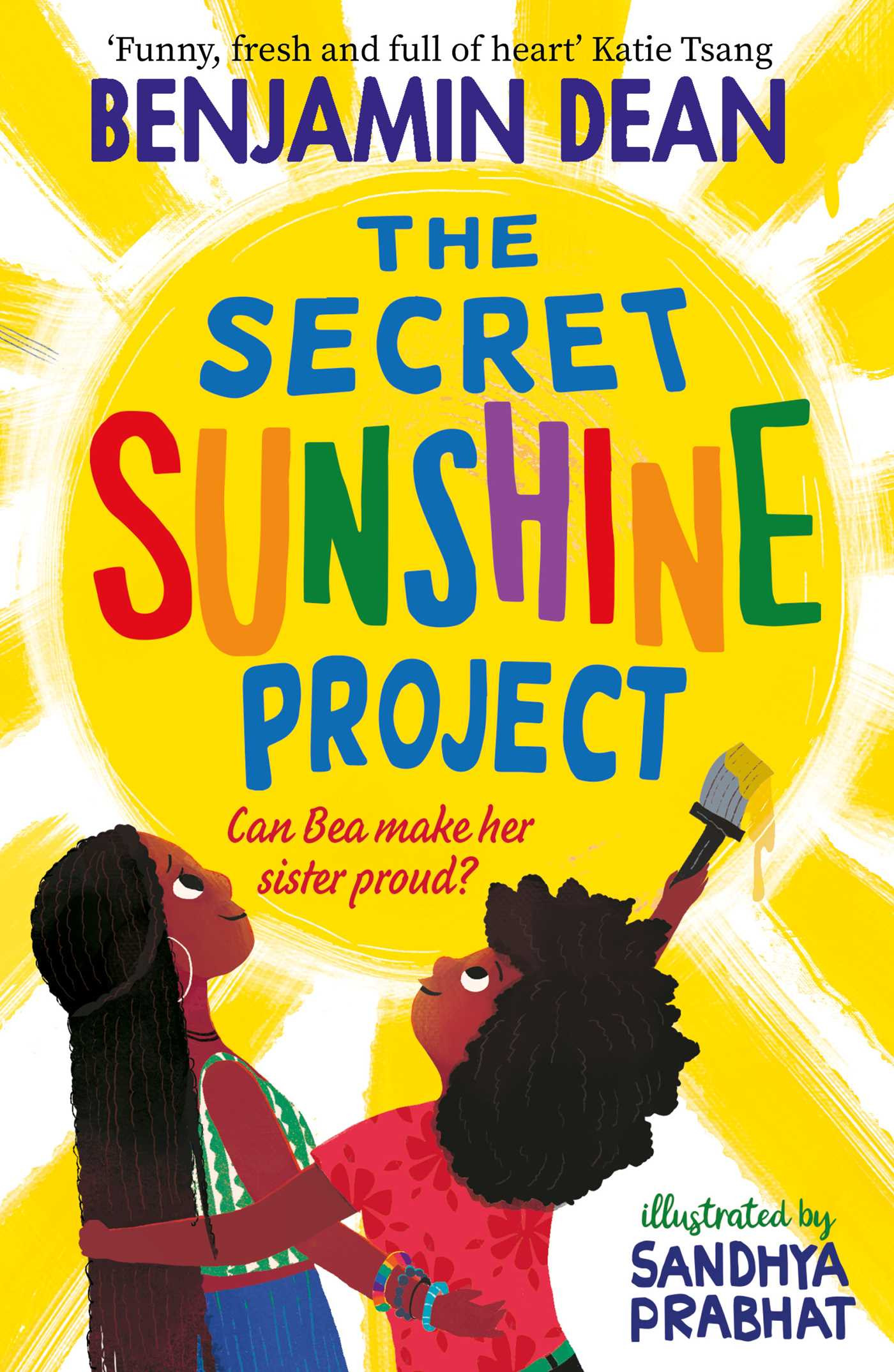 Sisters Bea and Riley are part of a close knit family with a supportive Mum and Dad, especially so after Riley reveals she is gay. As a family they all visit London Pride to show support to Riley. But shortly after, Dad dies leaving three desperately sad people behind. He also leaves behind a Mum worrying about making ends meet on very little income.

The following year as the school summer holidays start Mum announces they can no longer afford to live in London and will stay with Gran in the country all summer, leaving behind the only home they have known.

So all the summer plans of both girls get thrown out of the window as they travel a few hundred miles to St Regent’s Vale, where Riley becomes more withdrawn remembering better days.

So Bea, with her new friends, decides on a plan to cheer up her sister - but can she pull it off?

With some wonderful characters this story of grief demonstrates the founding principles of Pride – love and acceptance for all.

There is no heavy emphasis on the LGBTQ+ element of this story. It stresses acceptance and the need to take people as they are – all different, but all needed to make the world the place it is.

The message is inclusivity but I suspect any children having to move completely to relocate because of family circumstances could gain hope that it may not be quite as bad as first seems and there are new friends out there when you open your eyes (and mind) and look.

This is a story about friendship and it just happens to include a few gay characters, as happens in every day life. It would be a good read for promoting inclusivity and acceptance.

Benjamin Dean is a London-based celebrity reporter turned author. He has interviewed a host of glitzy celebrities and broke the news that Rihanna can’t wink (she blinks, in case you were wondering). After writing some widely successful middle grade novels, this is the Benjamin's first YA book.

Sandhya Prabhat is an Independent Animator and Illustrator based in the Bay Area, California and is from Chennai, India. She holds an MFA Degree in Animation and Digital Arts from NYU Tisch School of the Arts Asia, and a Bachelor's Degree in Literature from Stella Maris College.