Title: The Shark and the Scar 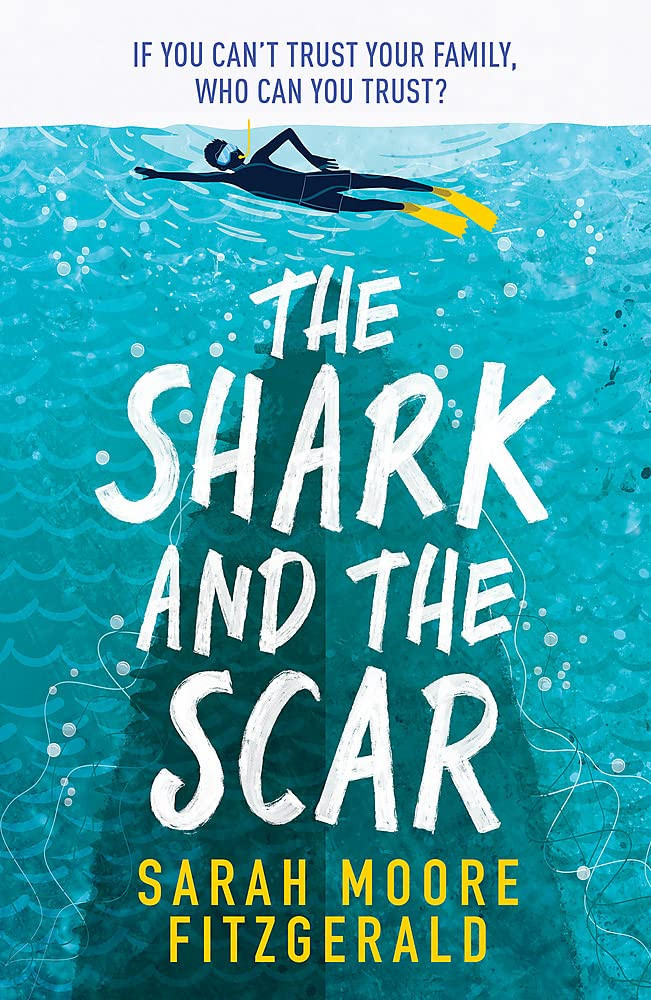 Jay has woken up in hospital unsure of what has happened to him but aware of his Dad in a chair next to him. Dad assures Jay he is recovering and says they can talk about what happened when he is ready. He stresses this in front of all medical personnel visiting Jay to help with his recovery.

It takes a few weeks before Jay feels well enough to ask his Dad what happened. All he can remember is being in the water snorkelling as the sea is his love. Living in the south of France where they do, the surfing is good and Jay is an excellent surfer. Dad starts to explain but becomes emotional so Jay jumps in and says he thinks he can remember a shark attack. Dad agrees and it all ties together with the huge scar Jay has from his neck along his body.

When Jay is finally discharged from hospital some months later, his Dad surprises him by telling him they will make a new start in Ireland – Dad’s country of birth. On the plane Jay broaches the subject of Jay’s Mum who had been supposed to meet them on the day of the accident, not having been part of Jay’s life for most of his 13 years. Again, Dad becomes emotional and Jay fills in the gaps.

Jess too lives by the sea. Her experience in water is different as the sea is not as warm in Ireland and she’s not allowed in unsupervised because of falling in when just six months old and has been over protected by her whole family ever since. She is desperate to be able to surf and join her family’s surf school. Jess is impulsive but not at all malicious, unlike her former friends.

When Jess and Jay become friends they know they can talk to one another, so when Jay’s life becomes even more complicated he has Jess to confide in.

Sometimes adults don't seem to realise the harm they are doing, not being able to confront reality themselves and thinking they are 'protecting' their children by not telling them the whole truth. Jay's faith in his Dad was admirable. His Dad should have had more faith in Jay.

This book has just the right amount of intrigue. I knew something was not right and Jay wasn't being told the whole truth by his Dad. I wasn't quite prepared for how much he was holding back however.

Because it's a novel about trust and truth, about doing the right thing and owning up to your actions.

A great read for KS3 aged young people and for discussions on life changing actions. How much should young people be protected by their families?

Sarah is the author of seven novels for children and young adults. She's been shortlisted for the Waterstones prize, the Irish Book Awards, CBI book of the year and has received a Kirkus star in the US for exceptional merit in children's literature. Her work has been adapted for the stage and translated into over 18 different languages.

Remember, you can catch Sarah at our final Meet the Creator of the academic year next week where she'll be sharing further insight into The Shark and the Scar. FREE for members, book here.

Title: Escape to the River Sea 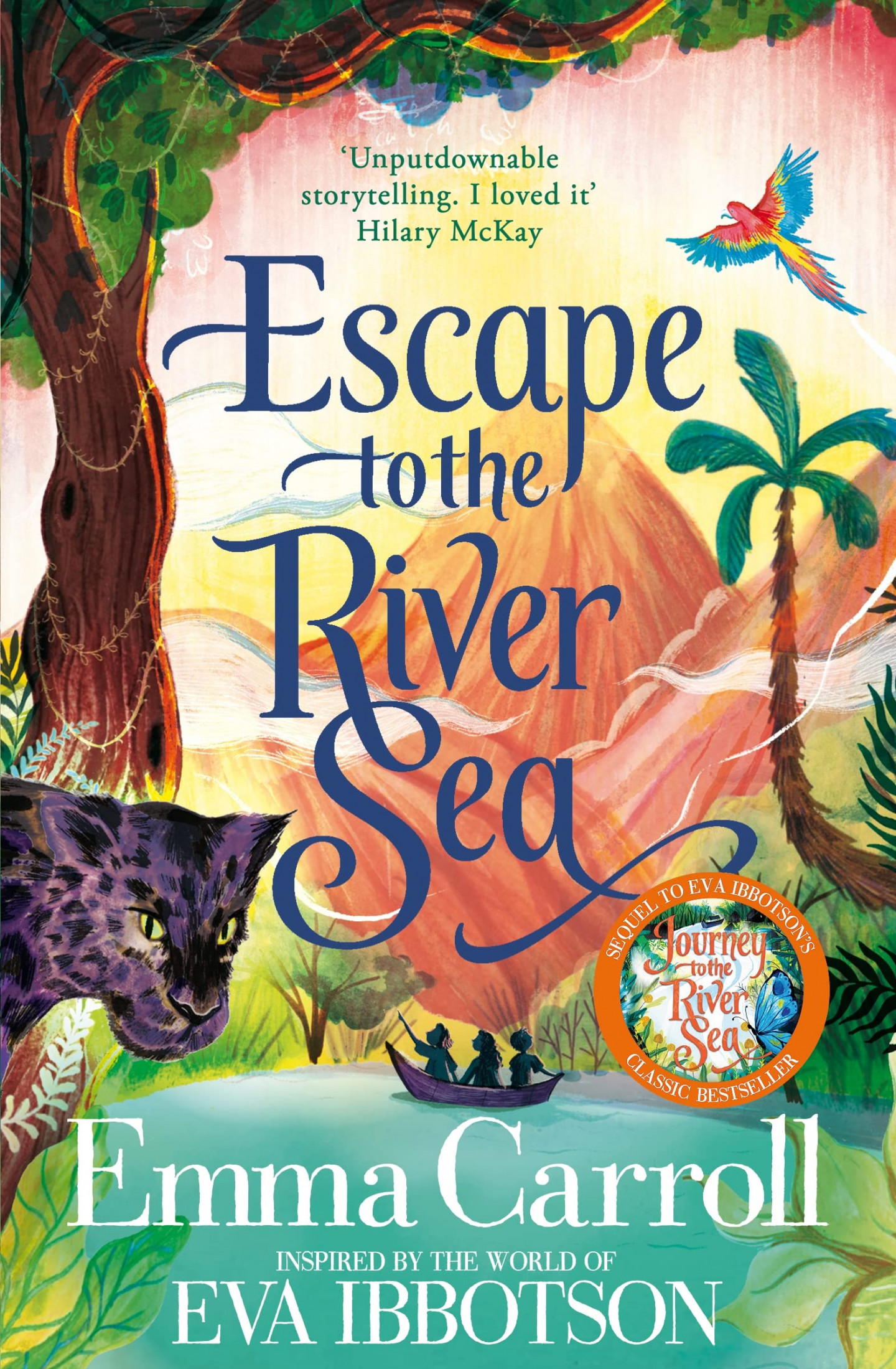 Towards the beginning of WWII on the continent many parents realised it was dangerous to stay because of their views or their race. Fathers especially had to leave their families, but then families too had to leave to survive, often sending young children ahead. Rosa was sent from Vienna to London and arrangements made for her to be met and to live with an acquaintance of the family. Her mother and sister were supposed to have joined her, but never did. Unfortunately, the acquaintance didn’t show up, but faced with many other evacuees, the authorities were grateful to Sir Clovis offering to house her in his large house in the country. There Rosa lived, later joined by other evacuees, and was educated.

When war ended the other evacuees then left, Rosa had no other home. Her time had been passed looking after some zoo animals, also evacuated into the open space. In particular, Rosa loved the jaguar, Opal. But then the time came for the animals too to return to the zoo. Opal thought differently and made a bid for freedom whilst they were being loaded onto trucks. Despite a search, she could not be located. Rosa worried it was her fault and worried about Opal being shot by farmers wanting to protect their animals. Her mind was only distracted from this by the arrival of Yara who fascinated Rosa with her independence and determination to go into the Amazon in search of the giant sloth. Rosa begged to accompany her, thinking she could see jaguars in the wild and to her surprise Yara agreed.

However, the subsequent search for the giant sloth was not without incident and the danger from the caiman in the river, the scowling Vita, Yara’s younger sister, and the suspicious looking Mr Carter were not the most threatening parts of Rosa’s Amazon adventure.

Rosa was young when she was sent from Vienna to London, as were many other children. She must have been very frightened then, and more so when plans were changed because her contact did not turn up. With no contact from her mother and sister, Rosa will have felt very abandoned. Much about the war was kept from Rosa because of her age, but I think telling her more would have helped her see her family had done the best for her, but I did feel her loneliness. The welcome she received from relative strangers, happy to accept her into their lives and family was heart-warming, even if Vita took some time to lose her jealousy.

There were many people who put their lives at risk during and immediately after the war. Most kept quiet about it and were never acknowledged, but many people had their own lives saved because of these brave people – men and women. I know I would never have been brave enough to even contemplate helping with something remotely dangerous.

A tribute to Eva Ibbotson’s original title, this book stands on its own merits. Adventurous females play strong parts and the quick action at the end throws everything Rosa – and probably the reader - had assumed into the air, turning it around completely.

This is a variation on the many war stories for children so will be a good addition to the field. As children often look at the original Journey to the River Sea, it’s also an alternative to complement this.

It took Emma Carroll twenty years of English teaching and a life-changing cancer diagnosis to feel brave enough to give her dream of being an author a try. Nowadays, she’s a bestselling author. She has been nominated for and the winner of numerous national, regional and schools awards and is one of very few authors to have been Waterstones Book of the Month twice. Emma’s home is in the Somerset hills with her husband and two terriers. She still can’t believe her luck that she gets to write dangerous books for a living.