Title: Not My Problem 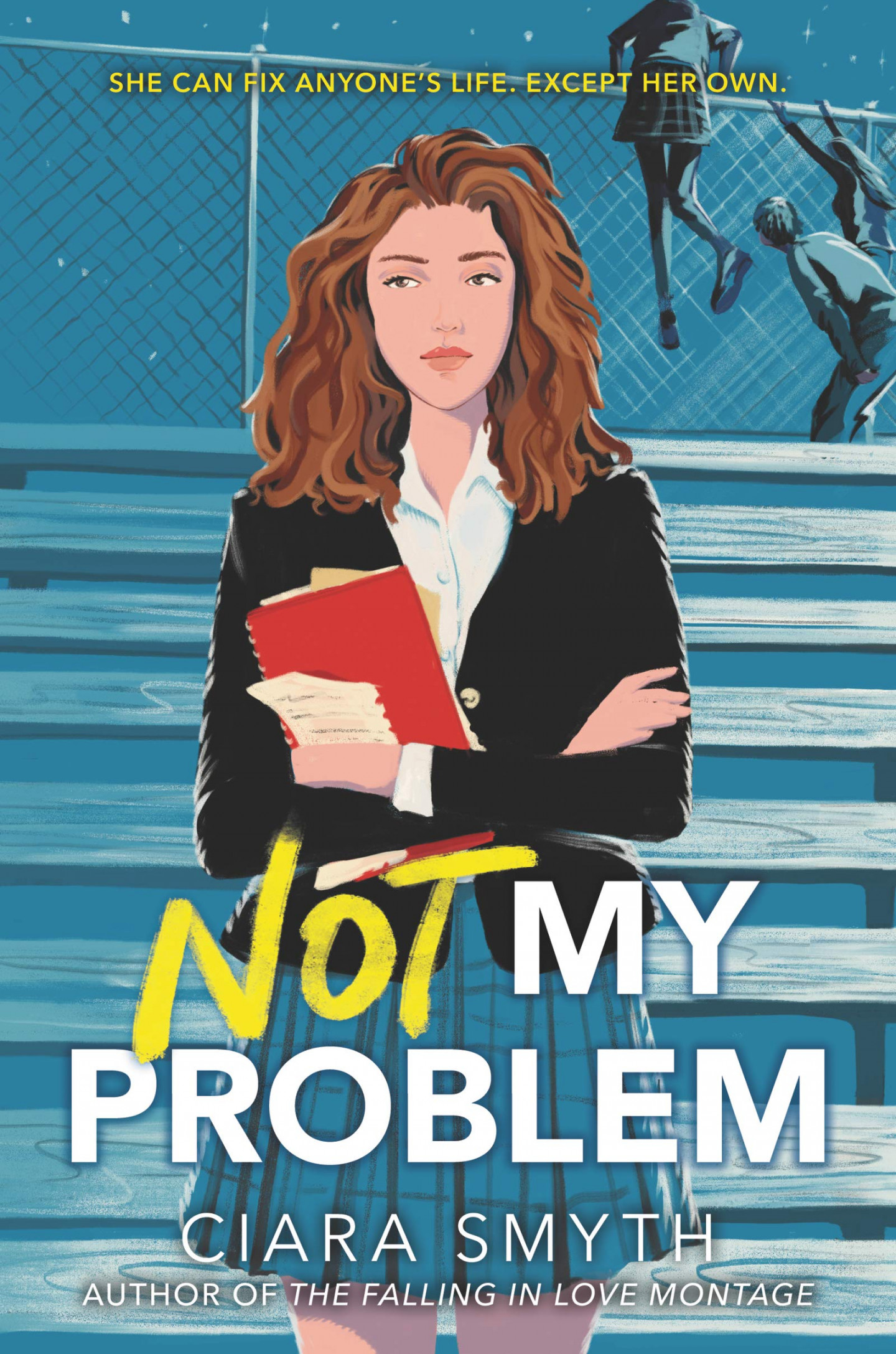 Aideen has given up trying at school. Her best friend, Holly, makes fun of her, and she’s spending more time with another friend now, leaving Aideen very much alone to worry about her Mum drinking to drown her sorrows. Her PE and form teacher is willing to help, but Aideen doesn’t want to tell her, fearing social workers. Instead she masks her life by being funny. Then Aideen ends up helping the class swot Maebh – previously mocked by both Aideen and Holly. This leads to another student asking for help, then another and another until events come to a head.

There is a gentle LGBTQ+ element which is present but not made an issue of, which is natural. The Irish setting and school year is explained to readers from other areas easily within the story. This is a great, feel-good book with the most important sentence in the book being the last line.

Admitting to yourself what is important in life rather than what is best kept to yourself incase others laugh at or judge you is a lesson for everyone, not just young adults finding their way through their teens.

This book arrived out of the blue and, although I'm never in the position of not having something to read, I started to read it to see what it was like. I am so glad I did, as I loved it. Aideen is very funny and the scrapes she gets herself into are amusing. But the reader can see what Aideen herself cannot. All the time she is widening her social network and making real friends, not ones who mock her. She slowly comes to see what is important to admit to herself as well as others.

This book does have a very important message, but it is conveyed in a humorous way with plenty of laugh out louds. It's a gentle encouragement for those you suspect my not be asking for the help they need, or just a great read for all.

Ciara Smyth studied drama, teaching, and then social work at university. She thought she didn't know what she wanted to be when she grew up. She became a writer so she wouldn't have to grow up.

She enjoys jigging (verb: to complete a jigsaw puzzle), playing the violin badly, and having serious conversations with her pets. Ciara has lived in Belfast for over ten years and still doesn't really know her way around. 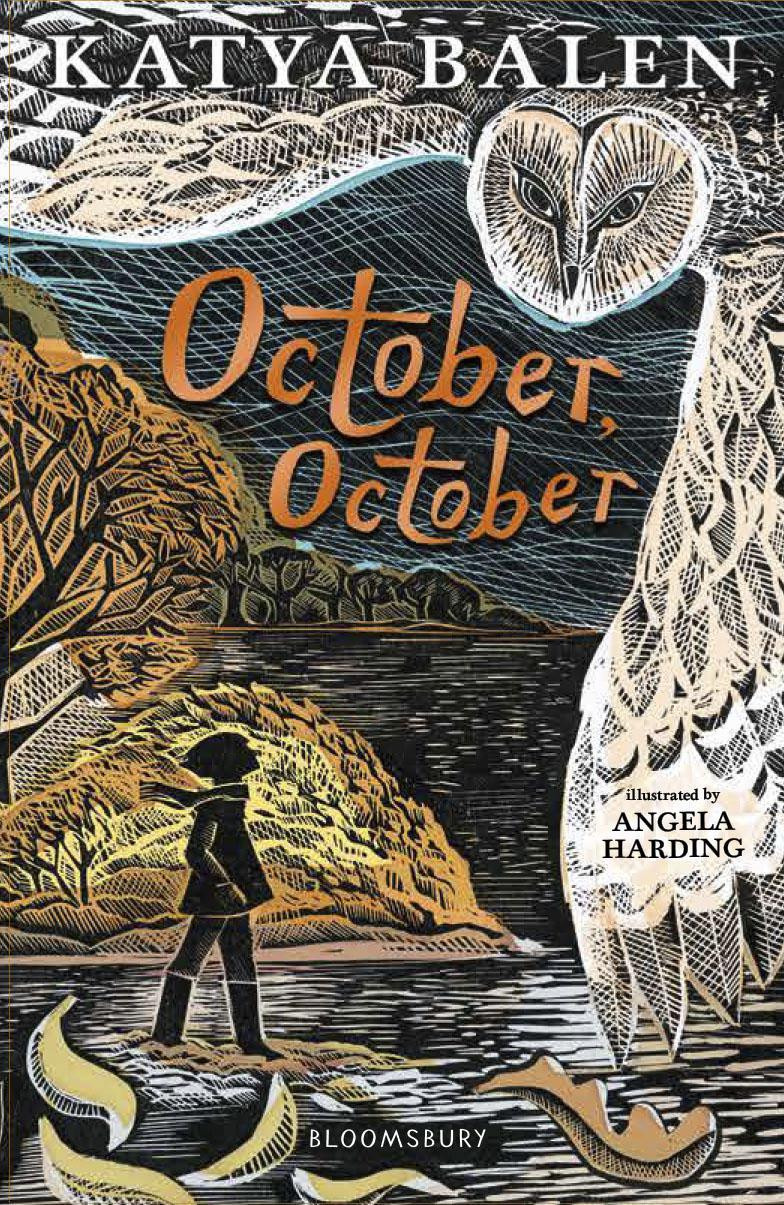 October lives with her father deep in the woods. Her mother, unable to cope with living ‘wild’, left when October was small and although she would like to keep in contact with her daughter, October wants nothing to do with her mother. October has never gone to school, instead being home schooled in survival. Spending all of her time with her father, she is extremely close to him.

When October rescues a baby owl she has to nurse it for it to survive. On her 11th birthday, October’s mother shows up. October is full of rage and climbs a tree to escape. Her father follows, worried about the danger. But it’s her Dad who has the accident which leaves him hospitalised and unable to look after her. So, October has to go to stay with her mother – in London - as far from the wild woods as it is possible to be. There she has to attend the local school and finds it very difficult to fit in. Blaming herself for the accident, October feels alone and afraid.

Angela Harding as the illustrator has produced a wonderful front cover which conveys the love of nature in the story. October slowly learns about friendship and how to get on with those around her. She finds something she can do to bring her wild life into the city and affects the city children who had never experienced such a life.

The writing in this book is incredibly atmospheric and moving. The descriptions of the woods brings the wildlife alive. The love between father and daughter beautiful. The loss October experiences when taken out of the only life she has known, and the loneliness and bafflement of 21st century living around her in the city is crushing to this young girl. Her relationship with her mother is one of huge resentment on October’s part. However, from her mother there is nothing but love, the reader receiving the clues from the writing although October does not see this.

As a story, this is a great read, but it is so much more besides. A feel-good read, especially for Autumn nights.

This is a great book for promoting discussion on the value of nature to wellbeing. How would we survive with our own familiar comforts if we were thrown into October's woodland home?

This would make a great read aloud with adults, teasing out the love shown by October's mother which she did not see and which may pass by other children concentrating on October's feelings of loneliness and loss.

Asking children what should happen at the end - should October stay with her mother or return with her father to the woods would make for interesting discussions.

Katya Balen read English at university and then completed an MPhil researching the impact of stories on autistic children's behaviour. She has worked in a variety of special needs schools as a teaching assistant, and more recently co-founded Mainspring Arts - a not-for-profit that provides mentoring and creative opportunities for neurodivergent adults.