The School Library Association is managed by a Board, elected by SLA members for a period of three years. There are currently two sub-committees, for Publications and Training. The SLA's Board is the strategic planning body for the Association, and the input of new board members, bringing fresh ideas and approaches, is essential.

The team in SLA HQ (based in Swindon) are then responsible for implementing the plan, and the day to day management of the charity.

The President and Patrons help spread the message about the SLA and our aims. 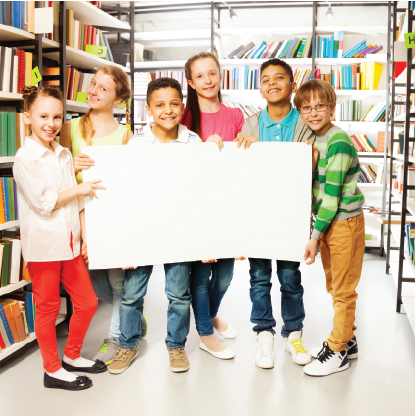 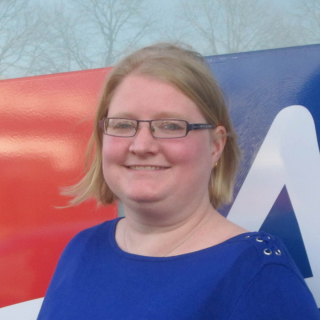 Chief Executive
Alison focuses on outreach, delivering training, links to other organisations, implementing the board strategy and vision. 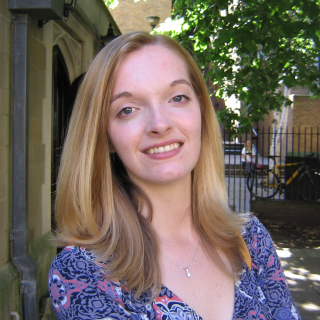 Publications and Awards Officer
Elizabeth is the point of call for feedback about TSL, our publications or questions about the Awards. 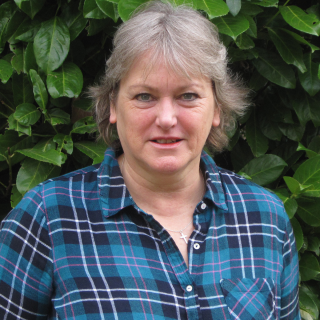 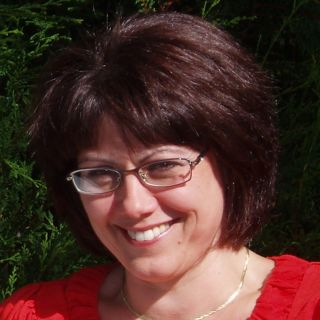 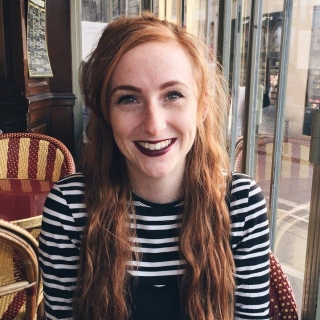 Marketing and Communications Officer
Hannah works to ensure everyone knows what's happening at the SLA. 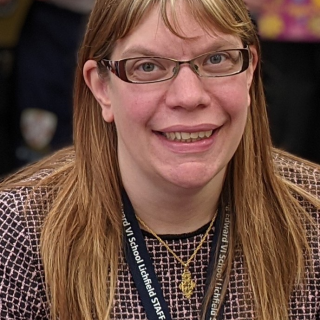 The role of the President is to promote and support the SLA.

Richard Gerver began his career in education as headmaster of the failing Grange Primary School. In just two years, he famously transformed the school into one of the most acclaimed learning environments in the world.

Richard has since transitioned to the global stage to deliver passionate, provocative and authentic speeches, drawing upon the first-hand experiences and unique insights garnered from frontline education to explore the links between great leadership, human potential, change and innovation. It is this authenticity and uniqueness which has led to Richard speaking on the most recognised stages, including TED, the RSA and BBC radio.

Richard became the President of the SLA in December 2020. 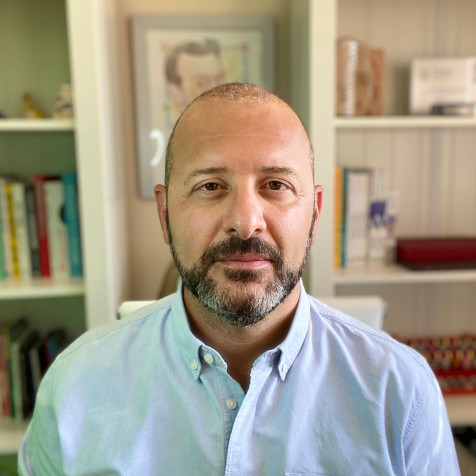 The role of the SLA patrons is to support and promote the SLA through various activities, writing and discussions. 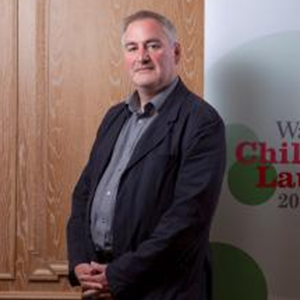 Patron
The 2015-2017 UK Children’s Laureate, Chris Riddell is a British illustrator, artist, children’s writer and political cartoonist for The Observer. He has won three Kate Greenaway Medals, the British librarian’s annual award for the best-illustrated children’s book. Some of his other work for Macmillan includes children’s books; The Emperor of Absurdia, and bestselling series Goth Girl. Chris lives in Brighton with his family. 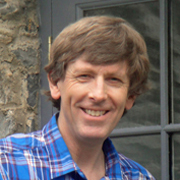 Author, Carnegie Medal winner
Tim Bowler has written over twenty books for teenagers and won fifteen awards, including the Carnegie Medal for River Boy. He has been described by the Sunday Telegraph as 'the master of the psychological thriller' and by the Independent as 'one of the truly individual voices in British teenage fiction'. His works include Midget, Shadows, Storm Catchers, Starseeker, Apocalypse, Frozen Fire, Bloodchild, Buried Thunder, Sea of Whispers and the Blade series. His most recent novels are Night Runner and Game Changer. His books have been translated into over thirty languages and have sold over a million copies worldwide. 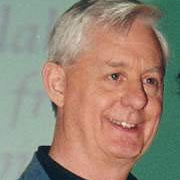 Patron
Author, 2002 Hans Andersen Award Winner. Aidan was awarded an Honorary Degree of Letters by the University of Gloucestershire in 2008 and was elected a Fellow of the Royal Society of Literature in 2009. And he is still frequently invited to lecture in other countries, especially Sweden, The Netherlands, Belgium and Italy. In 2010 The National Association for the Teaching of English (NATE) presented Aidan with their Lifetime Achievement Award for Services to English Education. In 2011 Oxford Brookes University conferred on him an Honorary Doctorate of Literature. 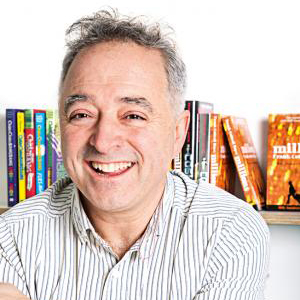 Patron
Frank Cottrell Boyce, father of seven, is an established British screenwriter whose credits include God on Trial, Welcome to Sarajevo, Hilary and Jackie and 24 Hour Party People. He lives in Merseyside with his family. Frank’s first book, Millions, won the CILIP Carnegie Medal in 2004 and has been shortlisted for a number of awards, including the Guardian Children’s Fiction Award 2004. Millions has also been made into a movie directed by Danny Boyle and was chosen as the Liverpool Reads book for 2005/06. Patron
Kevin Crossley-Holland's 'Arthur' trilogy has been translated into twenty-three languages, and has sold over one million copies worldwide. He is a frequent speaker at schools and libraries across the country. He is an Honorary Fellow of St Edmund Hall, Oxford, a patron of the Society of Storytelling, a Fellow of the Royal Society of Literature. His novel Bracelet of Bones was published by Quercus in 2011. 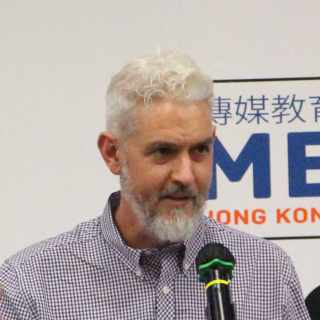 Patron
Julian McDougall is Professor in Media and Education, Head of the Centre for Excellence in Media Practice and Principal Fellow of the Higher Education Academy. He edits Media Practice and Education, runs the Professional Doctorate (Ed D) in Creative and Media Education at Bournemouth University and convenes the annual International Media Education Summit. He is external examiner for BA and Ed D programmes and a senior examiner for Media Studies A Level in the UK and is a grant reviewer for several international panels including the European Union. In the field of media education, he is the author of a range of over 100 books, articles, chapters and research reports and has provided numerous research projects for external funders, charities and non-profit organisations including the European Union, Arts and Humanities Research Council, Samsung, the United Kingdom Literacy Association and the US Embassy. He has given keynote speeches and joined invited expert panels on media education and media literacy in 17 countries. He became a Patron of the School Library Association in 2020. 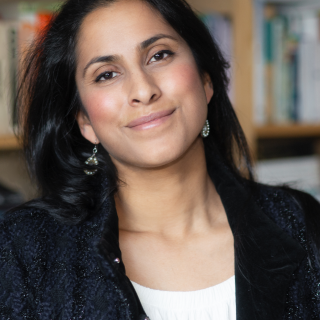 Patron
Smriti Halls is an internationally bestselling, award-winning children’s author and poet. She writes picture books, young fiction and non-fiction with titles that include U.S. #1 bestseller I Love You Night and Day, The Ways of the Wolf, The Little Island and Rain Before Rainbows. Smriti worked at the BBC and across children’s television and publishing for twelve years before taking up writing full time in 2012. Since then she has written more than 50 books and is published in more than 30 languages worldwide. She was Booktrust Writer in Residence from September 2020 to March 2021. 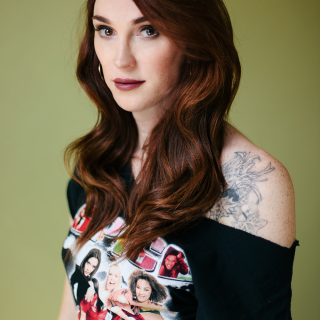 Juno Dawson is a bestselling novelist, screenwriter, journalist, and a columnist for Attitude Magazine. Her writing has appeared in Glamour, The Pool, Dazed and the Guardian. She has also appeared on BBC Women’s Hour, Front Row, ITV News, Channel 5 News, This Morning and Newsnight. Her novels include the bestselling Clean, and the recent Wonderland. She is also working in TV and film as a screenwriter and occasional actress.

Juno grew up in West Yorkshire, writing imaginary episodes of Doctor Who. She later turned her talent to journalism, interviewing luminaries such as Steps and Atomic Kitten, before writing a weekly serial in a Brighton newspaper. Juno writes full time and lives in Brighton. She is a part of the queer cabaret collective known as CLUB SILENCIO. In 2014 Juno became a School Role Model for the charity STONEWALL. 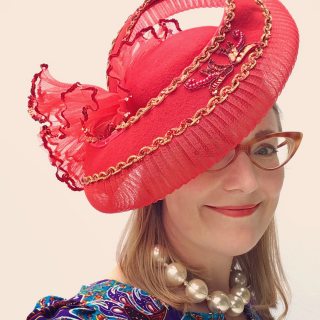 Patron
Sarah McIntyre illustrates and writes picture books such as Grumpycorn, and collaborates with Philip Reeve on longer highly illustrated chapter books, including Pugs of the Frozen North and Oliver and the Seawigs. Summer Reading Challenge 'Mythical Maze' featured her work in 2014. With the Pictures Mean Business campaign, she encourages people to see how crediting illustrators for their artwork benefits everyone.

The Board are central to the running of the SLA. 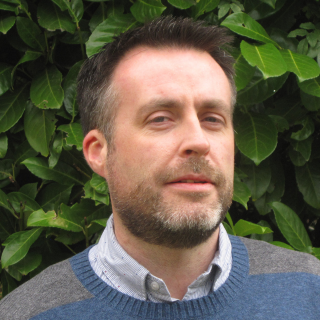 I am currently studying a PhD into the benefits of school libraries, and was the school librarian in St. Patrick’s College Dungannon, County Tyrone for over twenty years.  I am passionate about the impact made by school libraries, my previous focus was on the theme of Critical Literacy - and how the library can provide the resources and expertise to educate students and staff. Author of 'Fake News', an SLA guideline. 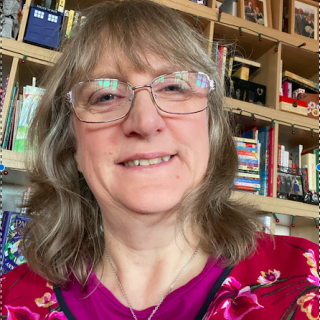